Note in memo:
In honor of Sarah Durfor Wilson

Family and friends of Sarah Wilson are raising money to pay for uninsured medical expenses associated with transplantation.

Sarah has chosen to fundraise with HelpHOPELive in part because HelpHOPELive provides both tax-deductibility and fiscal accountability to contributors. Contributors can be sure that funds contributed will be used only to pay or reimburse medically-related expenses. For more information, please contact HelpHOPELive at 800-642-8399.

This transplant absolutely changed every aspect of my life!

A little about the before:

I was diagnosed with type 1 diabetes in 1993 when I was 18. It came on quick and was very extreme. I’d go from feeling, looking great to hanging on for life in the hospital and back to feeling, looking great like flipping a light switch. I had the thickest files at many of my doctors’ offices, including the specialists. I am still grateful that I bounced back so easily.

Hospital ER visits & admits were a regular part of life. Add dialysis to that in 2010.

Around 2009, the medical community started changing the protocol for treating severe gastroparesis to “chasing” blood sugars which actually helped control the swings. My body paid a hard, hard toll after sixteen years of crazy blood sugar ups and downs, DKA a more normal part life than oil changes, many lost jobs from employers who loved me, but needed me there for their small businesses to function, completing as many college credits as I had to withdraw from (~130 hours).

In 2005, I became a massage therapist – a flexible career that I really, really loved – I had to stop holding massages in 2009. I stopped working at the business my (now) ex-husband and I had owned for 7 years, closing the business in 2012.

What I missed the most was being social. First people stopped inviting me out – many thought I was blowing them off when I had to cancel last minute for being sick, but look fine several days later. Then I’d accept with the understanding that I won’t know if I can be somewhere until I’m there.. and maybe not even then! I did catch up on years of tv series I’d never known about and picked up some new ones that were actually very good.

Despite all the challenges, I stayed positive. Obviously, there were ebbs and flows, but an impenetrable sense of humor and amazing support system of family, friends, nurses and doctors (you learn how to quickly weed through doctors and keep only the keepers) – I kept my head up.

I cannot give enough credit to my mom, who was straight up honest about the physiological severity of what I was going through (she’s a nurse), but was always solution oriented, creative and excited about how to eat deliciously and live fully, and always saw the hope and humor… these positivities were ever present, even before I was sick and had everything to do with how I handled such intensity at such a young age. A true life saver!

Though I had a level of acceptance that I might always have been diabetic or have certain complications, I never accepted the finality of any diagnosis. Medical possibilities change so quickly. I think giving in makes it harder to recover or accept what may be.

Now some about the after:

I’ve been working regularly since Aug 2014 as event security at festivals and concert venues. Yay – I love working with the public and in the entertainment industry. I can even work 18 hour shifts outside, on my feet the entire time (seriously), in the heat or freezing rain! Wow. One of the jobs I had to give up was in concert promotion. Another was as a match maker at a dating service. Talk about working with the public & in entertainment! I started holding massage appointments again, in February 2015.

While my husband did ask for a divorce a year after my transplant, we are still friends and I’ve dating with no issues. He’d been through a lot — I don’t remember all of it, but he’s one of those guys who rarely forgets anything. I can’t even imagine. He had two asthma attacks.. I felt completely helpless and never got over the fear of him having one that he couldn’t recover from. He felt like a caregiver – felt protective of me the way he did of his sisters or mother. Well, that’s a problem when you’re married. I’m not upset with him – I’m glad he didn’t feel like he couldn’t make his feelings known because I’d had the transplant.

I still rely on funds from HelpHOPELive for unexpected expenses, especially since I work as an independent contractor. The money I’ve used to this point was invaluable and covered upfront payments I needed for services not covered by insurance. It’s the only reason I was able to afford them.

I’m so grateful. HelpHOPELive is a blessing and is always part of my story about how amazing this journey has been.

Note in memo:
In honor of Sarah Durfor Wilson 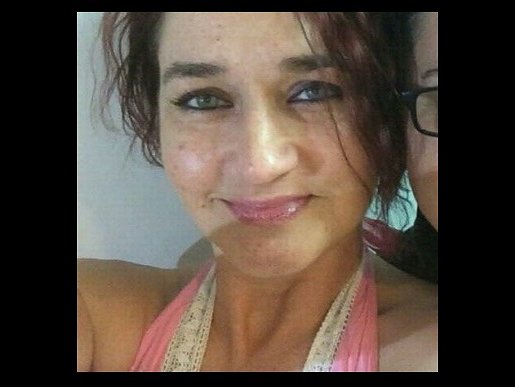