Note in memo:
In honor of Graceyn Thrailkill

Meet Graceyn Thrailkill, a beautiful, bright little girl who touched my heart the minute I met her last year at Shrinerâ€™s Hospital in Philadelphia. I was there with my teenage daughter, Devyn, participating in a volunteer pizza party. We met so many children from all over the world that night, but Graceyn was special and had an immediate impact on both of us. Her sweet smile and laugh were infectious. Sheâ€™s become a special part of our lives ever since.

In 2008, Graceyn, then four-years-old, was riding in a car seat in the back of her mom Hollyâ€™s mini-van when they were hit head on by a heavy Ford utility truck. Graceyn suffered a catastrophic spinal cord injury and was paralyzed from the chest down. Holly also suffered extensive injuries to her abdomen and broke both legs and underwent multiple surgeries and spent a year in a wheelchair. Holly is now a single mom and raising Graceyn and her 12 and 15 year-old sisters along with three-year-old twins.

Graceyn is now 10 and in 5th grade. She attends school part-time and has a teacher come to her home part-time. Sheâ€™s bright, happy and well-adjusted and Holly treats her just like the other children. Graceyn loves to drawing, writing and playing music and recently got a keyboard so she can work on some songs. She wants to be like Taylor Swift! She also loves gardening â€“ she helped make a rooftop garden at Shrinerâ€™s in Philadelphia when she was there for an extended period last year. Graceyn has had over 10 surgeries in five years including spinal fusion which had her in a body cast and in a horizontal wheelchair for more than three months. Holly and Graceyn have been coming to Philadelphia for surgeries, treatments and therapies since the accident, and Hollyâ€™s parents care for the other children.

Even with insurance, Gracecyn has many uninsured injury-related expenses such as: travel to and from Philadelphia, co-pays and deductibles and home care. The Center for Disease Control estimates that someone with a spinal cord injury will have between $500,00 and $3 million in lifetime uninsured expenses.

To help offset such expenses, a fundraising campaign in Graceynâ€™s honor has been established with HelpHOPELive, a nonprofit organization that has been assisting the transplant community for more than 30 years. In 2000, they expanded their mission to include those who have sustained a catastrophic injury. All contributions are tax-deductible, are held by HelpHOPELive in the Southeast Spinal Cord Injury Fund, and are administered by HelpHOPELive for injury-related expenses only. If you would like to make a contribution today, please click the DONATE NOW button.

On behalf of Graceyn and her family and friends, we thank you for your generosity, support and prayers. Together, we can help Graceyn live the life she deserves.

Hi Graceyn,
I hope you are doing well and that HUB's donation helped with the purchase of something to make your life a little easier. Hope to see you again soon. Let me know when you'll be back in Philadelphia.

Note in memo:
In honor of Graceyn Thrailkill 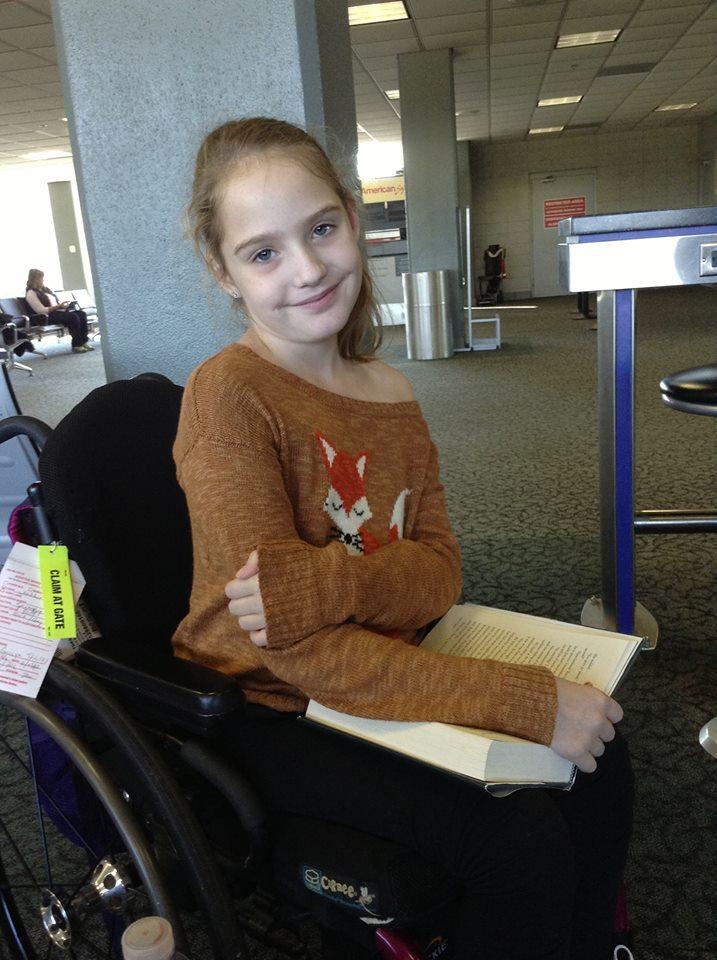