Note in memo:
In honor of Jeffery Spring

Jeffery Spring Needs a Lung Transplant and Needs Your Help!

At the age of 13, Jeff was diagnosed with Juvenile Rheumatoid Arthritis. Many years later, his work as a tile setter would also contribute to his lungs becoming scarred and stiff, thereby decreasing the oxygen that they could produce. In 2008, at age 51, he was diagnosed with Pulmonary Fibrosis, and Hyperthyroidism requiring radiation treatment. Then, in 2011, he was severely short of breath, hospitalized, placed on oxygen 24/7, and given Prednisone to help improve his breathing. This is when he was officially diagnosed as disabled by his physicians and was forced to stop working. In May 2013, he fell and ruptured both of his quadriceps tendons. He had emergency surgery and was then in a wheelchair with out-stretched legs for three months. He is a fighter, for sure!

Now for the biggest fight of his life, he needs help from his family, friends and acquaintances. Jeff Spring needs new lungs! After a long and complicated evaluation process, the lung transplant surgeon at the University of Virginia Medical Center has recommended Jeff as a prime candidate for a bi-lateral lung transplant. This gift of life will be an answer to many prayers and gives Jeff hope.

Jeff is now facing significant new challenges. Thank God, Jeff has insurance coverage for his transplant. However, there is a very large deductible that must be met, and, after his surgery and initial weeks of recovery in the hospital, he must live in Charlottesville, nearby the hospital for 3-6 months. As you can imagine, since being disabled, he has been surviving on a very limited fixed income.

To help ease this financial burden, a fundraising campaign in Jeffâ€™s honor has been established with HelpHOPELive, a nonprofit organization that has been assisting the transplant community for 30 years. All donations are tax-deductible, are held by HelpHOPELive in the South Atlantic Lung Transplant Fund, and are administered by HelpHOPELive for transplant-related expenses only. Thank you for considering making a contribution.

Thank you. Your prayers and support will help Jeff make it through this difficult time

Week three is beginning and Jeff has two beautiful new lungs. He is now eating food but is on a diabetic meal plan. Each day now we're seeing tiny improvements. He is still very weak due to the long intubation, in ICU. There is a Transitional Care Hospital nearby that the transplant team wants him to be admitted to; and hopefully if he gets approved it will be the best place for him to recover. All of your prior thoughts, words of encouragement and contributions have been a tremendous help. The journey is blessed with God by his side and the continued support of Jeff's family and friends. Thank you and we'll keep you posted when there's more to tell.

Note in memo:
In honor of Jeffery Spring 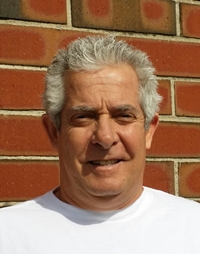