Note in memo:
In honor of Derek Carr

I am writing to you today on behalf of Derek Carr. Derek has suffered five traumatic brain injuries during the years, one due to a serious car accident, others due to his many years working as a supervisor and program manager at a private residential treatment center for youth. Derek sustained many concussions during that time due to restraining troubled youth with mental health diagnosis. This was his dream job. Derek has spent many years going from doctor to doctor to try to get relief from his constant headaches, disorientation, short term memory loss, dizziness, numbness and pain in hands and feet. During the past year Derek’s symptoms have gotten progressively worse.

Derek has lived in and around Ontario, Ohio all of his life. He was a paid coach for Ontario Schools for eight years and loves working with youth. He is an Ontario graduate who has been active in the community over the years.

Derek has been told that he can no longer hold a full time position in the work force due to his disabilities. He has accumulated many medical bills. Also, he would like to be able take advantage of any new medicines or treatments that may become available to him.

Derek has always been a very active person but now his activities are very limited. He loves to spend time with his two children, Dillon and Coco. He keeps himself as busy gardening, cooking and taking care of his Dad. Derek wants to be able to be a productive part of the community that he loves. In spite of his struggles he tries to remain positive but the pain he endures sometimes renders him unable to function.

To assist with the cost of his medical treatment and rehab, a fundraising campaign has been established in Derek’s honor with HelpHOPELive, a nonprofit organization that has been serving the transplant for over 30 years. In 2000, they expanded their mission to include those who have sustained a catastrophic injury. All contributions are tax-deductible are held by HelpHOPELIVE in the Great Lakes Traumatic Brain Injury Fund and are administered by HelpHOPELive for injury-related expenses only.

Thanks so much for any help that you can give! Your donation is greatly appreciated.

Note in memo:
In honor of Derek Carr 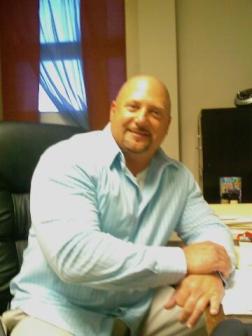