Note in memo:
In honor of Ed Corliss

I am writing to you on behalf of my husband, Ed Corliss. On October 18, 2013, he suffered two major heart attacks. He is only 45 years old. We have a special little routine. Every day at 10 AM, I would take my morning break and he would take his, from his job as a grounds keeper for the Monterey Peninsula Unified School District. I would call him and we would talk for about 10 minutes. One day I called him and he said he was at our district office, ( I work for the district too), trimming the large hedge. He usually works alone, but this was such a big job, he called in Steven, a coworker, to help.

30 minutes later I got a call no one wants to receive. It was from the District Office telling me my wonderful husband, Ed, had been taken by ambulance to Community Hospital and I should get there as fast as possible.

At the hospital, I was taken to a room where there was a lot of equipment, and doctors and nurses were furiously working on my husband. Finally a doctor came out to tell me that Ed was suffering a major heart attack and they were now trying to stabilize him. A hospital chaplain came and sat with me. All that was going through my mind was that I was going to lose him and that I needed to let him know that I was there and that I loved him. I didn’t see him again until four hours later. They had put a stent in his heart. At 5:30 that evening the worst happened, he suffered a second heart attack. He went back to surgery.

His coworker, Steven, explained to me what had happened that morning after we had spoken on our break. Ed said he didn’t feel well and was going to lie down in the work truck. Then he grabbed his chest and told Steven to call 911. I was told by the Dr. that if Steven would not have been there that my husband would not be here today.

His heart is only working at 25%. He wore a Zoll Life Vest, until a defibrillator could be implanted, and now we are told that he needs a heart transplant. He can no longer work. He is not able to collect disability; the school district does not participate in SDI. We can no longer afford the rent where we are living, and had to move in with my mother. The only insurance he has is MediCal and they do not cover everything.

We are asking for your help with the astronomical expenses associated with a heart transplant. A fundraising campaign has been established in Ed’s honor with HelpHOPELive, a nonprofit organization that has been assisting the transplant community for over 30 years. All donations are tax-deductible and are held by HelpHOPELive in the Southwest Heart Transplant Fund and are administered by HelpHOPELive for transplant related expenses only. Please consider making a donation today. Your contribution is greatly appreciated.

We thank you deeply and greatly appreciate contributions made to give Ed a chance to extend his life and survive the unbelievable challenges ahead in the coming months.

Debbie and Ed, We are so sorry hear about what has happened. You both are in our thoughts. Hopefully Ed will get a new heart soon. Please keep us updated on any progress! Love and hugs,

Debbie and Ed we are with you in spirit and praying for especially you Ed to get a new heart xo and for Debbie to hold up under all this. We don't believe in miracles we rely on them. So that is what we're praying for a miracle :-) :-)

I'm with you Eddie and Debbie - I love you. I know this donation is so little but the love is big!

Dorian and I just sent the donation....in our hearts and prayers. Love you!

Debbie, my family and I will be praying for you and Ed.

Will be sending our donation. My prayers are with you both, love you so much. Keep us posted!

Debbie, I keep you and Ed in my prayers that he will get the new heart that he needs soon.

Note in memo:
In honor of Ed Corliss 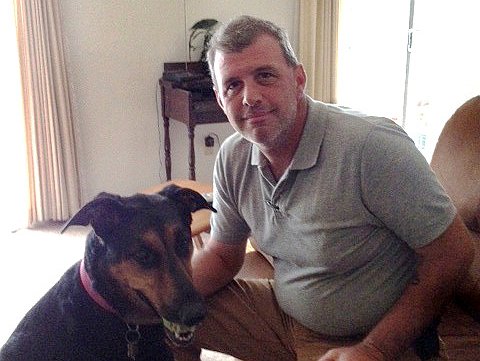