Note in memo:
In honor of Hobert Kenny Phillips

Hobert “Kenny” Phillips Jr. is a 54-year-old man who is very ill. After struggling with chronic obstructive pulmonary disease (COPD) and chronic bronchitis for several years, his condition has deteriorated to chronic respiratory failure. A lung transplant is his only hope for survival. Kenny is one of the sweetest and nicest people you’d ever hope to meet. He needs our help with the overwhelming cost associated with a transplant.

Kenny grew up in Kingsport, Tennessee and graduated from Lynnview High School in 1979. After graduation he worked for a short period of time at Eastman Chemical Company but in 1983, Kenny opened his own business called K & B Racing in Blountville, Tennessee. This was a body shop for painting and restoring vehicles which he kept open for 35 years until his health restricted his ability to do the job he loved.

Kenny married his high school sweetheart and they were married for 34 years until she passed away from cancer in 2004. Kenny has two children. Sadly, his daughter passed away in 2003. He and his son are very close and his son is currently living with him. Kenny’s main focus in life is to be here to watch as his granddaughter Jolene grows up and to be able to spend as much time with her as possible. Kenny loves fishing and when Jolene is old enough he wants to share this passion with her. He loves working on old cars and restoring vehicles and hopes to return to his work in the garage once he receives his transplant. He said that if he could just be in the garage “peddling around the old vehicles” he would feel like he has made a difference with his life after being restricted to his home because of his oxygen and debilitating lung disease.

Transplants are lifesaving but financially draining. Even with his insurance, Kenny is facing very high expenses including relocation for three to six months to be closer to the University of Pittsburgh Medical Center, post-transplant anti-rejection medications that will range between $3000-$8000 a month depending on the medications he needs, co-pays, lab fees, and more.

To help with the financial burden of Hobert “Kenny” Phillips’s uninsured expenses, a fundraising campaign in his honor has been established with Help Hope Live, a trusted nonprofit organization that has been providing community-based fundraising guidance to patients and their families for more than 30 years. All donations are tax deductible to the full extent allowed by law, are held by Help Hope Live in the South-Atlantic Lung Transplant Fund, and are administered by Help Hope Live for transplant-related expenses only. Please, consider a contribution.

Thank you for your prayers, support and giving heart. Please know your contribution counts. 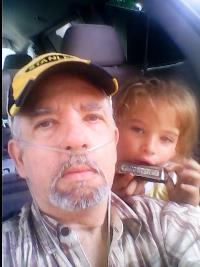 May God watch over and help this dear man. May his friends and family help him, Lord that you will may be done. I pray that his precious son reaches out to be there and help his daddy, always.

Note in memo:
In honor of Hobert Kenny Phillips 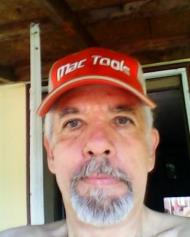