Note in memo:
In honor of Debbie Godfrey

Debbie Needs A Transplant And Our Help!

Debbie is a 55-year-old woman who is very ill. After many years of struggling with lung disease, a double lung transplant is her only hope for survival. Her pulmonary function is currently at 17 percent and she is running out of time. The cost of a transplant can be overwhelming and Duke has told Debbie that she must raise $10,000 to cover temporary relocation expenses to stay in Duke for pulmonary rehab before they will even put her on the transplant list. When that is raised, she will need more to cover the out-of-pocket expenses for the transplant

Debbie grew up in Gaffney, S.C. After raising her two girls, Debbie, a single woman at the time found herself having to take care of her granddaughter, Carley shortly after birth. In 2006, Debbie’s sister Cindy’s 5 year old son, DJ came to live with Debbie. Cindy became sick with cancer and passed away. Debbie became DJ’s legal guardian and cared for him to help avoid any more disruptions in his life. In 2008, Debbie’s dad passed away. Through all of this despair, Debbie became friends with a man named Eddie. Later that same year, they were married. In 2011, Debbie and Eddie adopted Carley. A year later, Debbie’s mother passed away. Even with all of the grief that she has endured, Debbie and Eddie continued to raise and care for these kids. Debbie and her husband are very giving people, but all of this giving began to take its toll on Debbie’s health and she was soon diagnosed with lung disease. Now Debbie, the person who has helped so many people, needs our help!

Transplants are life saving but financially draining. Even though Debbie and Eddie have health insurance, they face very high expenses including relocation for 6 months to be closer to Duke Hospital, post-transplant meds that can be more than $1000 a month that Debbie will need to take for the rest of her life, co-pays, lab fees and more.

To help with the financial burden of Debbie’s uninsured expenses, a fundraising campaign in her honor has been established with Help Hope Live, a trusted nonprofit organization that has been providing community-based fundraising guidance to patients and their families for more than 30 years. All donations are tax-deductible to the full extent of the law, are held by Help Hope Live in the South-Atlantic Lung Transplant Fund, and are administered by Help Hope Live for transplant-related expenses only. Please consider making a contribution and give Debbie hope for the future.

As you may know, Debbie and Eddie have been living near Duke so Debbie can do the pulmonary rehab required to prepare her body for transplant. We are so excited to share that as of today, Debbie is on the active transplant list and one step closer to transplant. Debbie and Eddie are struggling with the expenses of living near Duke while keeping things going at home for their children. Thank you to everyone who has made donations which allowed them to get to Duke. If you are able to make a contribution, please know that anything will help. Also, please share Debbie’s story with anyone you know and please keep praying.

We are so grateful to everyone for their support to get us to our first fundraising goal of $10,000 set by Duke to get Debbie on the active transplant list.

We are in desperate need of raising $5,000 more required to get Debbie on the waiting list. Debbie is getting worse and time is rapidly running out. Debbie requires supplemental oxygen 24 hours a day, she needs a wheel chair outside of home and even simple daily tasks are almost impossible. Debbie is a caring and giving person, always thinking of others even in her condition. In October, 2015, she accepted the responsibility of raising her 10 Year Old Granddaughter Skylan even though this meant we would be raising three children. Any thing you can do to help us raise the additional funding to get Debbie on the transplant list is appreciated. We need all help including your prayers.

Hi Debbie&Eddie, I met you and at the hotel last Aug.. I was with friend Larry and my sister Dianne. I am so glad to find you. We have been wondering how you are doing. I am still hanging in here at home. I am suppose to go back ln late Feb. Let us know how you are doing>

I would also like to thank our aunt Betty Patrick for all your support and helping Debbie sell tickets for her fundraiser! We love you!

We would also like to thank our life time supporter our father Warthen joe Sullivan Jr , whom died on December 13 with a Heart attack. Our hearts are broken my all your prayers guide us though our next phase with Debbie!!

I would like to thank Melissa Neal and Judy porter for the support for my sister and to everyone for helping Debbie ! She is still in need for lots of support for this double lung transplant. Her levels has dropped and going though test at Duke hospital to get ready to go on the transplant list . Please keep praying and supporting

Love your daughter and Grandbabies

I would like to say thanks to Doneen, Tony Hoffman, Melissa Fisher, The Hayes Family & the Hilt Contracting Company for their generous donations in the support for myself. May God Bless all of you and it's nice to have friends like you!

To Rita Beatty, Trinity United Methodist and everyone that helped out with the yard and bake sale thank all of you so much. Also thank everyone who came out and bought something or made a donation. Good christen people like all of you made this event a great success, thank all of you and may God bless you all. Debbie Godfrey and Family.

Debbie myself and her family would like to thank fatz of gaffney sc,For sponsoring a fund raiser for Debbie,also Cherokee Ave baptist church for allowing us to use their family life center.trinity United Methodist church and Cherokee falls baptist church for their support with this event.we gratefully also thank everyone who helped out with serving,selling tickets and everyone who came out to the dinner,made a donation or had us in your prayers.thank each and everyone of y'all for making this a successful event and God bless.

We would like to thank Hitt contracting for your support for my sister! David,Lisa Majeski !

Debbie please know we are paying for you. God's bless you and your family.

Debbie I had no idea you were so sick. You and your family are in my prayers. Let's me know if you need anything. Love ya!

Debbie i am so sorry, i had no idea you was so sick. You are a wonderful person who has helped so many. Eddie an i went to school together. You are in my prayers.

Note in memo:
In honor of Debbie Godfrey 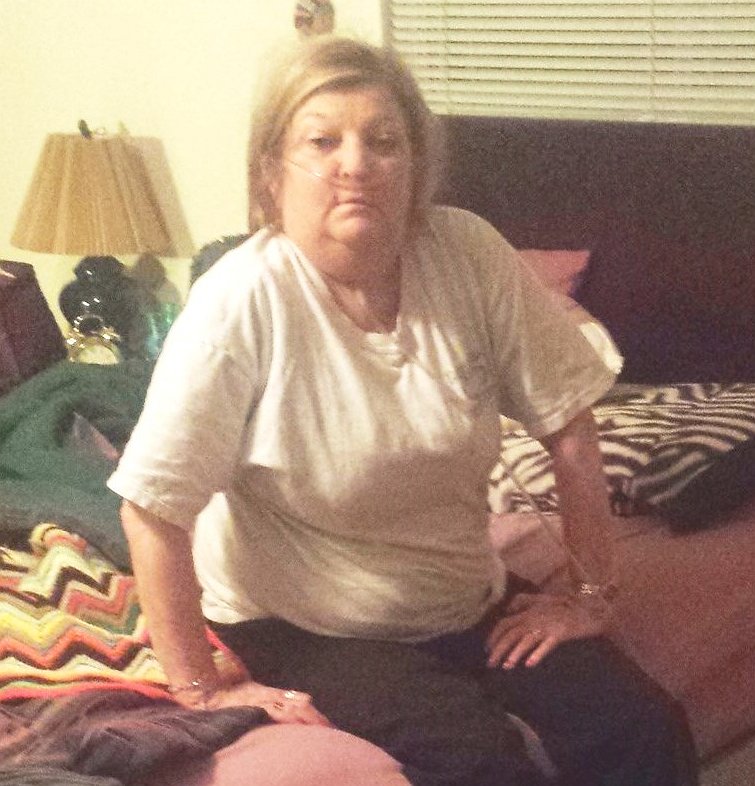