Note in memo:
In honor of Josh Aragon

At just 38 years of age, Josh Aragon is very ill and is in need of medical intervention to stop and even reverse the serious affects he suffers from multiple sclerosis.

Josh has been a music lover and baseball player from day one. He was a state-ranked BMX racer in the 1980s. When he attended high school in Hilton Head Island, SC, he was an outstanding pitcher and expanded his interest in music by DJ-ing parties. Josh played baseball for 4 years at Rutgers University in Newark, NJ. College was great, and Josh met the best friends of his life during those years. He earned a criminal justice degree, but he realized that music was the thing that made him happiest. He began to follow his passion, starting out making beats for hip-hop and R&B music.

It was 2003, when Josh woke up one morning and could not see out of his right eye. He went to the eye doctor who decided that he should be admitted to the hospital. He spent a week there while the doctors tested him for everything you can imagine. It was then that Josh was diagnosed with MS. For a few years, Josh was able to live life as usual without much change. He owned a successful recording studio and traveled the world.

Overall Josh has not responded well to conventional medications. Despite taking the disease-modifying drugs prescribed by his doctors over the years, Josh’s symptoms have worsened. MS is now affecting his vision and balance, and causing extreme spasticity in legs, limiting his mobility. He has recently learned of a procedure called Hematopoietic Stem Cell Therapy or HSCT, which uses the patient’s own stem cells to reboot the immune system. This procedure can halt the progression of the disease and in many cases restore physical functions which have been lost. Josh is hoping to participate in an un-funded clinical trial at Northwestern University that will study the effect of the treatment. He is very hopeful about being able to raise the necessary money to travel to Chicago for the evaluation and eventually to participate in the trial. Josh is also considering treatment internationally. In some countries HSCT has been done successfully for decades. We hope you can help!

To help with the financial burden of Josh’s uninsured expenses, a fundraising campaign in his honor has been established with HelpHOPELive, a trusted nonprofit organization that has been providing community-based fundraising guidance to patients and their families for more than 30 years. All donations are tax-deductible, are held by HelpHOPELive in the South-Atlantic Catastrophic Illness Fund, and are administered by HelpHOPELive for catastrophic illness-related expenses only. Please consider a contribution.

“I ask each and every one of you to please help me get my life back.” ~Josh Aragon 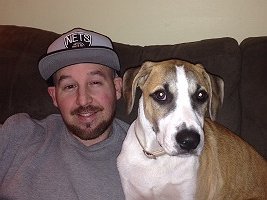 Lifting you up in prayer, may God bless you with this treatment you need and continue to guide you on your journey.

Josh, we along with so many others are praying that the goal will be reached and surpassed, as well as a successfull treatment. Godspeed my friend

I have faith that you will get your life back.

Josh...old friend...I Love You Man and I'm definitely pulling for you!!

Josh you are in our thoughts and prayers. We are hoping for every success for you.

We want to help you get your life back Josh!

We remember you and are wishing for good things for you....

Makin Dua for you Josh, Inshallah you get in on this trial!

The stem cell transplant brings so much hope. You deserve it, Josh! A check is on it's way. With love and healing thoughts,

I got u brotha, keep your head up! U will b ok

Good luck with the trial Josh! You'll be in our thoughts and prayers!

Note in memo:
In honor of Josh Aragon 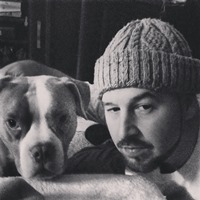