Note in memo:
In honor of Jim Danley

Jim Danley is a loving 60 year old man, married for 39 years to Nancy. He is also the proud father of a son (James) & his amazing family including Melissa, and his two beautiful Grandchildren Jordan & Skye. Sadly having lost his daughter (Crystal) shortly after his transplant, which left a hole in his heart, while gaining one lung from his unknown hero, A multitude of extended family and friends have giving him so many more reasons to show his humble strength to survive “Everyday”

Remarkably after recently having celebrated his 16th (what he calls) his “Lungaversary”. He is in this situation due to a condition called Alpha One Antitrypsen Deficiency. His 1st transplant was performed on 2/13/2003, awakening on Valentines Day at the Shands Hospital, University of Fl. in Gainesville, Florida. While originally successful, He is now in rejection awaiting a 2nd transplant critical to his very survival due to his immune systems rejection of the new lung.
Adding to the drama’s in his life are two “Complete Hip Replacements” brought on by one of the medications sustaining his life, multiple Cancer scares, & Gastroparesis, to name a few of the obstacles that have failed to stop amazing will and strength to live.

More incredibly, as if having as low as 15% of normal lung function was not also a hurdle, he began “singing” after being told only a lung transplant would save his life! First recording a CD as a gift to his wife for unending caregiving and support, yet after repeated inquiries as to where his music could be found he began creating, then giving them as gifts for donations made to this site, and other efforts of assistance from so many that have helped him through these challenges.. A collection of many of these songs are now available on a web site (www.jamesedwarddanley.com) he is creating to also including a link to a book he has written describing his “Breathless Journey”, and poetry also written throughout his life.
Financially, there is an never ending list of medications, and additional expenses to warrant the need for fund raising. Even if the expected $300,000. cost of a lung transplant is not daunting enough, just one of the specialized medications (Prolastin) specific to the cause of his diagnosis of Alpha One Antytrypsen Deficiency requires a nurse and weekly Iv infusion at a cost of $5500 per dose, or $22,000 a Month, totaling
$266,000 per year. With a copay of up to 28% after insurance!
To best tell his story he wrote a poem prior to his 1st transplant, which best describes his journey & condition, as well as honoring his unknown Hero:

I noticed a problem breathing, so I went to a doc to see,
what was causing this weakness, what could be wrong with me?
So with the doc I talked, as he quizzed, poked, and measured,
until he had a name for the problem, affecting the lungs I treasure.
Alpha One Antitrypsin Deficiency was the big and scary name,
I knew that day my life would change, nothing would be the same.
But somehow I felt in control, and believe it or not I’m relieved,
My first fear was an immediate death, so indeed it’s good news I received.
And since my reaction was relief, and my constant attitude is upbeat,
I will accomplish what I must to survive, leaving no option of defeat.
Simply put, to describe this problem, there’s no enzyme your body makes
To clean your lungs of smoke and junk, so your lungs deteriorate.
And at this time, I am not in denial, I know my breathing will diminish,
someday I’ll need a lung transplant when the ones I have are finished.
Yet o conclude, I now give thanks to an unknown organ donor,
how could I ever convey a tribute, that is worthy of your honor.
Indeed you’re such a hero, as I express my thanks here with such sorrow,
you had the kindness of passing on life, which gave me many tomorrows.
********

Over 100, 000 people per year are misdiagnosed when they suffer with shortness of breath. Unfortunately, people do not get tested for this enzyme as in his case, until they are told their only hope for survival shall be a lung transplant.
As such, this plea is for any of several reasons.
To promote public awareness for people to ask their doctors to perform a simple test to measure the enzyme in their system which may effectively save their life.

Multiple Alpha one Antitrypsen Web Site’s @ www.alpha1.org /> Or as above, please enjoy his Music, or Book: @ www.jamesedwarddanley.com<

HelpHOPELive was chosen in part because HelpHOPELive provides both tax-deductibility and fiscal accountability to his contributors. Contributors can be sure that funds contributed will be used only to pay or reimburse medically-related expenses.

To make a contribution to Jim Danely’s fundraising campaign, click the “Contribute Now” button. (While $18,388. of the Donation total shown assisted me in 2003 incredibly making my 1st Transplant possible), your gift can only sustain my need & prayers to yet undergo a 2nd transplant in my “too near future”. I Thank You with every ounce of my soul, by even visiting this site, and offering a prayer. Bless you all!

To email this page directly to others in your community, who might wish to learn about Jim’s campaign, click the email button and type in as many email addresses as you wish.

Thank you again, for your support & may God bless you

(Personal email comments may be sent to: [email protected])

Note in memo:
In honor of Jim Danley 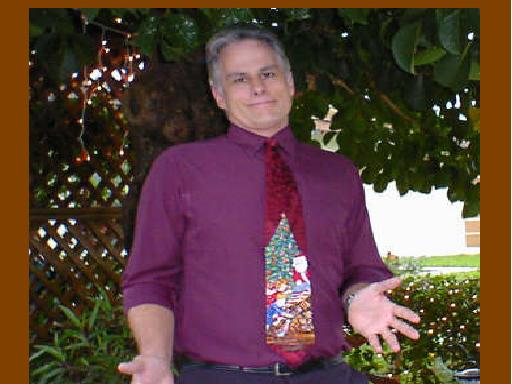