Note in memo:
In honor of Larry Sumsion

For over 25 years, Larry has struggled with many ailments and diseases; most notably, sarcoidosis, pulmonary fibrosis, and pulmonary hypertension. Perhaps the most damaging has been pulmonary fibrosis – which has significantly limited the capacity of his lungs and has left them so damaged that he is often vulnerable to pneumonia and other lung infections. Larry has been no stranger to common colds that spread to his lungs and force hospitalization. He has been transferred by ambulance to the ER after experiencing hypoxia caused by a lung infection. Often, he is left bedridden from his chronic lack of energy and ability to move about freely – all resulting from his lung conditions. Despite all of this, he will be the first to tell you how grateful he is for the blessings of his family, his faith, and the opportunity to bless the lives of others.

Twenty-five years ago, Larry was diagnosed with sarcoidosis disease – which was not well researched at the time and continues to have little exposure. Sarcoidosis is an auto-immune disease that can affect many organs in your body, but for him, it has mainly affected his lungs by weakening his immune system – leaving him susceptible to lung infections and his skin by creating lesions and rashes that are very difficult to fight off.

During one of the many visits to the hospital, it was discovered that the sarcoidosis had caused a secondary condition, pulmonary fibrosis – which is a chronic disease that causes swelling & scarring in the lungs – further compounding the damaging effects of sarcoidosis. There is no known cure for either disease.

Because of the stresses his body was experiencing from to the lung diseases, he later developed pulmonary hyptertension – which is high blood pressure in the lung and heart arteries. Since being diagnosed with pulmonary hypertension, he has been put on an experimental drug called Letaris. This has improved his overall quality of life, but is no cure for any of the chronic diseases that have plagued him. Prior to developing pulmonary hypertension, Larry only required a single-lung transplant. Because the hypertension has damaged his arteries so extensively, he now requires a double-lung transplant.

Currently, Larry is in the final stages of testing to be qualified to receive a double-lung transplant. He has worked closely with the University of Utah Lung Transplant Team and is near completion for all of the testing. Once the testing is complete, he will immediately be listed. Once he receives the transplant, he will begin taking anti-rejection medication and various other drugs that may not be covered under insurance. In total, including the operation, medication and other expenses, the cost will likely exceed $700,000. While insurance will cover most of the cost, there are many uncertainties surrounding follow-up procedures, insurance loop-holes, maintenence medication and rehabilitation.

Despite all of his trials, all those who have come in contact with Larry have been blessed in one way or another. Whether it be going out and plowing the driveways for those in the neighborhood, or lightening the mood with his lighthearted humor and quick wit (or lack thereof), Larry has devoted his life to helping others.

He is viewed as one who is extremlely loyal, dependable and hard-working. He has entered into the lives of Cheryl, Danielle, Joey and Chase as a husband, father, and role-model. Even though he was stricken with his lung condition very early in his marriage, he made sure that his family was provided for and watched after. But, because of his condition, he has been placed on disability and is no longer able to be the person he once was. Most of all, it has affected his quality of life and his ability to actively participate in the lives of his grandchildren, children and loved ones.

Our ultimate goal with this initiative, is to raise enough funds to cover all of the medical costs associated with the procedure, follow-up appointments, and ongoing medication costs. All proceeds will go directly to said expenses.

Whether you have been directly blessed by the service of Larry or are hearing about his story for the first time, we hope that you will join us in helping him return to his former self.

We sincerely thank you.

Larry has chosen to fundraise with HelpHOPELive in part because HelpHOPELive assures fiscal accountability of funds raised and tax deductibility for donors. Donors can be sure that funds donated will be used only to pay or reimburse medically-related expenses. To make a tax-deductible donation to this fundraising campaign, click on the Donate Now button.

We're happy to let everyone know that dad got his new set of lungs in the middle of the night on Saturday. Surgery was completed around 10AM on Sunday morning. One of the lungs coming out gave them quite a struggle, but turned out just fine. Doc said the donor set is one of the "finest" sets he's ever seen. We are all so very thankful for everyone's help, support, prayers, love, and kindness. We couldn't have come this far without. We're keeping hospital visits to close family for a few days as he'll be in ICU. We'll keep everyone updated. From the bottom of our hearts, thank you!

Note in memo:
In honor of Larry Sumsion 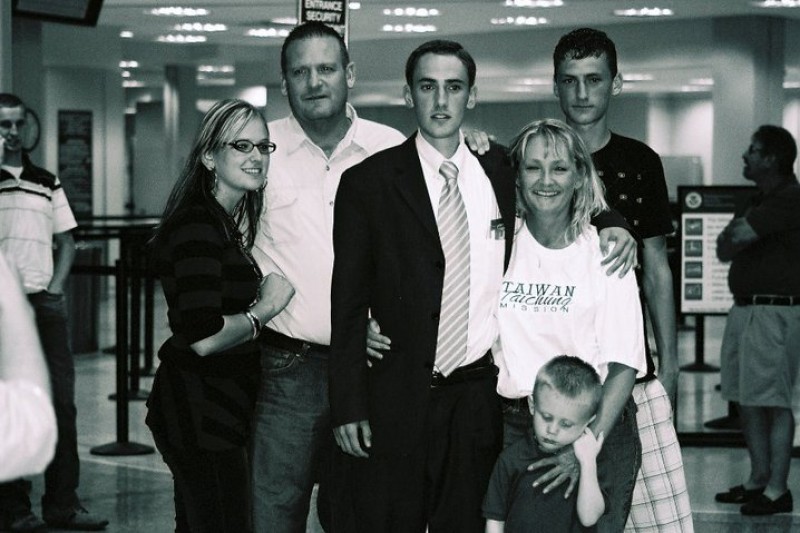