Note in memo:
In honor of Slate Creek

At the young age of 16, Slate Creek became very sick. It took doctors four years to determine what was wrong. He was in the end stage of kidney failure. Both of his kidneys had shut down. An answer to his prayers came in June 2005, when Slate received a kidney donated by his mother, Melody. He had since lived a happy and healthy life and in November 2014 Slate got married to the love of his life, Katie Ayres.

Shortly after returning from the honeymoon Slate started to feel ill. On January 10th, 2015 Katie rushed Slate to the hospital and was told devastating news- his kidney transplant from 10 years prior had failed. He had 0% function and started dialysis the very next day. Months later, numerous surgeries (some successful, some not), and hundreds of costly dialysis treatments later Slate has finally been accepted for a kidney transplant at University of Shands in Gainesville, FL.

Though we feel as though we are finally moving forward, the transplant is just the beginning. Even with insurance, transplantation can be financially draining as Slate knows only too well. He still carries the enormous burden of medical debt that is in the hundreds of thousands of dollars to date. But family and friends are committed to seeing Slate through this new challenge he is up against. Uninsured expenses include travel to the hospital (roundtrip travel takes three hours), relocation closer to the center, co-pays and the costly anti-rejection medications he must take for the rest of his life and more.

To help with the financial burden of Slate’s uninsured expenses, a fundraising campaign in his honor has been established with HelpHOPELive, a trusted nonprofit organization that has been providing community-based fundraising guidance to patients and their families for more than 30 years. All donations are tax-deductible, are held by HelpHOPELive in the Southeast Kidney Transplant Fund, and are administered by HelpHOPELive for transplant-related expenses only. Please, consider a contribution.

Slate is a humble, loving, and generous man. It is never easy asking for help but with your love, support and generosity, we can all work together to make Slate’s prospects for the future much brighter.

Great News!
Slate is having a Kidney Transplant in 2 weeks at UF Shands in Gainesville, Florida. Our wonderful cousin Lauren is donating a kidney. Her selfless act will be saving Slate’s life. Without her, Slate still be facing a long battle on the wait list and many more Dialysis treatments.
Lauren will be out of work for a few weeks during recovery. We are trying to raise money to help offset any expenses to her in addition to funding Slate’s transplant.

This year has been flying by and so has Slate’s health. He is now in tremendous pain due to dialysis reeking havoc on his body. His calcium is being pulled out of his bones which has caused his bones to now be very brittle.

Still no news on getting a transplant. We still have packets to mail out for those who are interested in learning more about becoming a donor.

At the age of 16 Slate became very sick. It took Doctors 4 years to figure out what was wrong, End Stage Kidney Failure. Both of his Kidneys had shut down. In June 2005 Slate receive a Kidney Transplant donated by his mother, Melody. He has since lived a happy and healthy live. In November 2014 Slate got married to the love of his life, Katie Ayres. Shortly after returning from their honeymoon Slate started to fill ill. January 10th 2015 Katie rushed Slate to the Hospital to find devastating news that his Kidney transplant had failed. He had 0% function and started Dialysis the very next day. Months later, numerous surgeries (some successful and and some not), and hundreds of costly dialysis treatments later Slate has finally been accepted for a Kidney Transplant at UF Shands in Gainesville, Fl. The end of the road is near but the transplant is just the beginning. Slate has to be on medications the rest of his life that are costly even with his insurance. Without even the transplant Slate is already responsible for over $400,000 in medical debut. During this whole process Slate was diagnosed with Lupus, which may be the answer as to why he got sick all those years ago. Slate is a humble, loving, and generous man. He hates the fact that we need to ask for help. No one knows what the future has in store for Slate but anything you can contribute will greatly help. Thank you.

Slate, didn't know you were back at the fight. Sending a lot of love and hope your way. Hang in there!!!

Note in memo:
In honor of Slate Creek 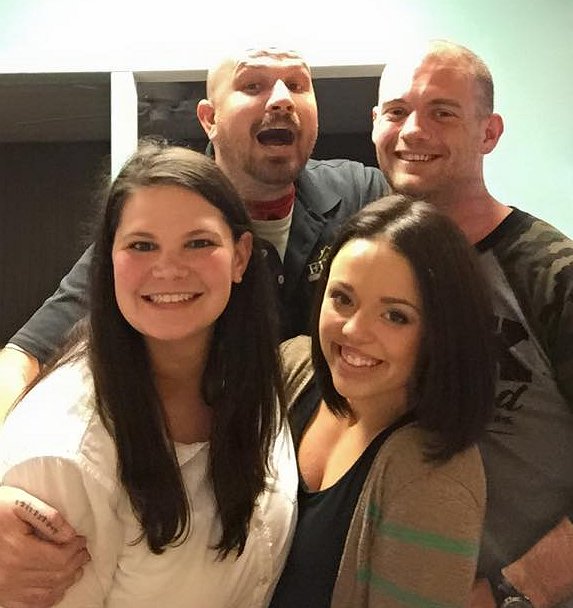