Note in memo:
In honor of Andrew Moser

In June, my husband Andrew suffered a severe spinal cord injury following a diving accident. His doctors have labeled him quadriplegic with minimal use of his arms and no use of his legs. He has been in the hospital for over a month now and still needs care from the trauma unit. We hope that he will move to a rehab facility soon, but we do not know when it will be. Andrew has no insurance and has been denied for any state or federal help at this time. This is why he needs your help.

Andrew is a native of Henry County, MO. He loves to hunt, fish, and go boating. He is a trucker by trade and passion. Prior to the accident he was the lead driver for his uncle’s company and had plans to take it over in the future. He moved to central Florida in the spring of 2011 which is where we met. We were married in March 2014, and have lived in Palatka, FL with our two dogs ever since. Though I am just two semesters short of my Bachelor’s Degree, I have opted out of returning to school and am instead planning on taking care of Andrew once he returns home. Even though the future looks bleak right now, we remain optimistic that we will adjust to our new normal.

In spite of his injuries, Andrew is hopeful that he will once again be productive and independent. He has a strong support system comprised of people from various states. Once Andrew is able to leave the hospital, the plan is to move him to a model rehab facility where he can get the highest level of rehabilitation possible. We also plan to modify our home to fit his new needs and will need to purchase a specialty modified vehicle. These expenses will be far more than we can handle on our own.

We have chosen to fundraise with HelpHOPELive in part because HelpHOPELive assures fiscal accountability of funds raised and tax deductibility for donors. Donors can be sure that funds donated will be used only to pay or reimburse medically-related expenses. To make a tax-deductible donation to this fundraising campaign, click on the Donate Now button.

We're about one month over a year from the date of Andrew's injury. Progress has slowed, but we have home routine worked out. He can put his stylus on without help, he can eat, put his hat on, turn on the lights, and pick up things from a table without help. (He does this by using his hand as a whole, he still doesn't have any use of his fingers).

We are hoping to have a van by next week and it will give us independence as a couple - we can finally go places!

Things have been progressing slowly, but they have been progressing! He's able to operate elevators and open push-button doors by himself. He's getting better at eating on his own and finding new ways to do what he needs to do. We're looking to be here in Atlanta until December 6. (It was the 4th, but there's a hunting trip scheduled for the 4th and 5th, so he's trying to hop on that one!)

Thank you all for the continued support. We appreciate you all!

A lot has happened between August 4 and now!

We finally made it to Atlanta for rehab on August 25. Shepherd has been amazing. He was immediately measured and outfitted for his power chair, and began using it on the second day. He's gained movement in both wrists, but it's weak, and the left of the stronger of the two. He is able to use his phone with the help of a stylus, and can feed himself with the help of a 90* insert into his hand splint.

We've been here now for over a month. He graduates his inpatient program on 10/9 and on 10/13 we move over to the Shepherd apartments for outpatient therapy.

We are so excited to see this goal not only met, but completely surpassed! We are in need of some things at home that will accommodate Andrew in his new normal, and it would not have been possible without those of you who donated and gave your time for the fundraiser. Thank you so much!

We got to have PT outside today and Andrew loved it! He listened to some tunes, learned about the layout of the hospital, and watch the cars go by. It made me so happy to see him happy.

A quiet morning at LGH today. Sometime today or tomorrow, Andrew will partake in a swallow test. This test allows the speech pathologist to determine if Andrew is able to a) start drinking fluids once he is off the vent and b) to see if he can have a speech valve put in so he can talk.

The neck brace finally came off and he is handling that change well. Hopefully he will do well on his speech test so we can all hear his voice!

Andrew and I are continuously thankful for your outpouring of love and support! My hope is that in a few days, you'll be able to hear it straight from him!

His trach size was reduced from an 8 to a 6, and he did so well with the bedside procedure. He's also adjusting well to the new trach size - even though he says it's a little uncomfortable and funny feeling (that will pass in a few days).

In other news, I got a selfie stick so it's easier to take pictures of us/him, and I got a few funny ones of his reaction. If you know Andrew, then I'm sure you can guess what kind of faces he made at me. Each day I am more and more thankful that he's still able to make those faces. I love him so.

And finally, don't forget about the fundraisers that are going on: Natasha Julian Independent Scentsy Consultant is hosting a Scentsy funraiser and Amanda is heading up a 5k! I'm sure there's plenty of spots for you to volunteer in if a 5k isn't your thing. If there are any questions, hit up these ladies. They'd love to point you in the right direction!

your father and I were good friends from 1 St through 12 th grade in Windsor. Work hard and you will do well!

Andrew and Britt, We don't know you, but do know the whole Moser family from way back. God is with you, especially when you are fighting like you are. He has big plans for you, ones you may not know yet. But, keep the faith and hard work, He will use you for His Glory. I proudly wore your shirt and bracelet today and had the opportunity to tell others of you. Love & prayers

Hang in there, Andrew! We love you and are praying for you!

Hey kid, keep up the good work!! We want you to know that you have a huge cheering section back here in Calhoun :) Brittany, what a lucky guy Andrew is to have you by his side! Prayers coming daily!

We are still praying for a great recovery for you. Stay strong and hang in there You are going to have good days along with bad days but you and Britt can overcome this. We love you both

Hi! I heard about your story while I was getting onto an airplane. I am praying for you and your family in this time.

You two are such a strong couple. You have a n amazing beautiful wife. Keep fighting Andrew! We are praying and thinking of all of you daily. We love you guys!

Hi Andrew & Brittany
Thank you for your updates, just want y'all to know that you both are in my prayers, we serve a healing God and he is in control, and every day he is showing you in the good reports Andrew has been receiving
Love you

Hey Andrew
sending you lots of prayers, hang in there bud your strong and have a great wife by your side. miss ya man

Andrew, keep trusting in God. Sometimes it takes a storm before you can see the sun again, but it is there. Our Lord has a plan for your life and as it unfolds you will be amazed. We
are praying for you and Brittany daily for a great outcome.

Note in memo:
In honor of Andrew Moser 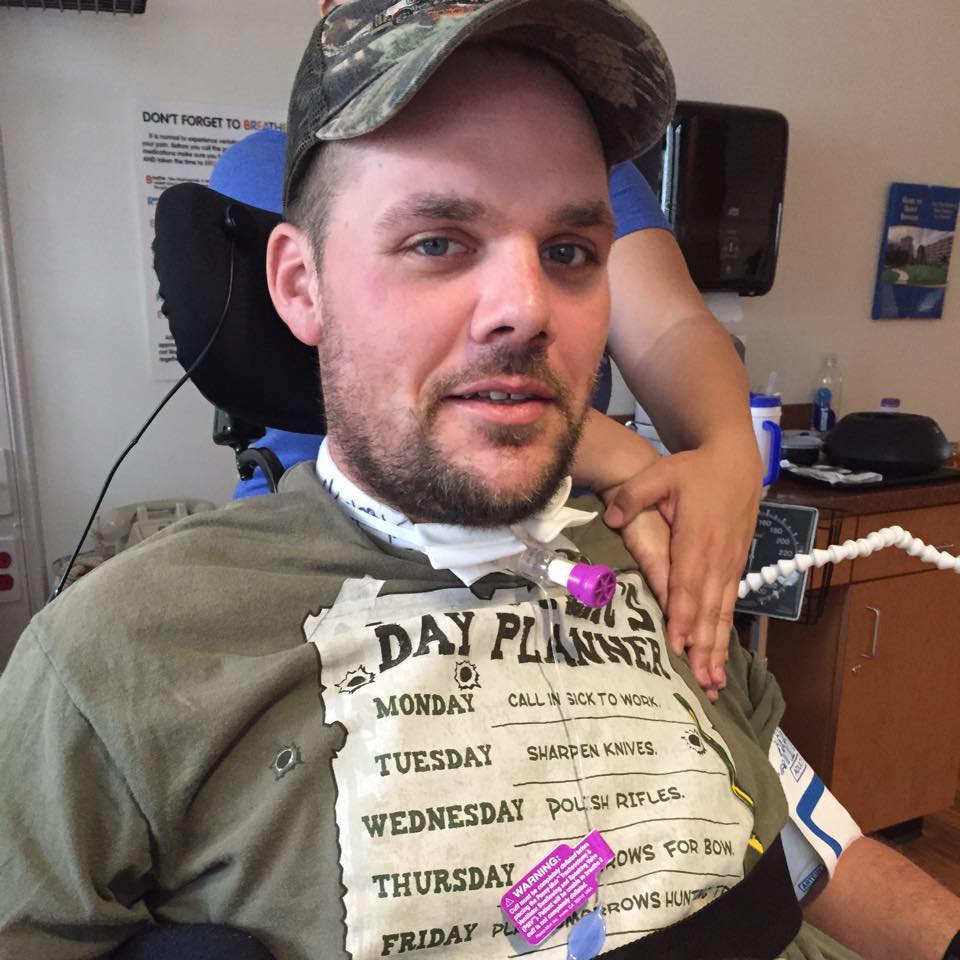