Note in memo:
In honor of Manny Martinez

Emmanuel “Manny” Martinez was born on May 22, 2009 a minute ahead of his twin brother, Danny. My husband and I could not have felt happier, our family was finally complete. Unfortunately, Manny had to remain in the Neonatal Intensive Care Unit, but was reunited with Danny after twelve days. Bringing him home made us realize that something was not right with our son Manny. Like most babies, Danny would get excited and kick his little legs, but Manny would not. He showed excitement by moving his arms wildly from side to side. We brought this up to the their pediatrician, who assured us that Manny was just a “late bloomer” and that everything would be fine.

Five months later, Manny was finally seen by a neurologist who ordered a MRI of his brain and spine. Days later the results were in – and the news we were given would change our lives forever. The MRI revealed there was an injury to his spinal cord which apparently resulted from a stroke in-utero. That day we learned that Manny would probably never walk.

After 5 ½ years of going to traditional physical therapy at our local children’s hospital, God has put the most amazing program in our path, iAM Able Fitness — a nonprofit organization that specializes in rehab for those with spinal cord injuries as well as other illnesses that result in some sort of paralysis.

In just six weeks of attending iAM Able Fitness, Manny has shown more progress than ever. His use of a FES bike (Functional Electrical Stimulation bike which uses electrical currents to activate nerves innervating extremities) has allowed Manny to kick his legs for the first time! He has gained sensation in his legs and other areas where he had none before – and there are improvements in his posture and bladder functions.

Our family is thrilled to see all of these positive changes. Manny was able to attend this program through a six week grant which is now coming to an end. This program is not covered by Manny’s insurance and we will need to pay to keep him in the program. Our family needs your help. We’d like to ensure that Manny can continue his therapies for months to come.

Please help us by making a donation to help Manny walk. His future seems brighter now than ever – together, we can help make a difference for Manny!

Note in memo:
In honor of Manny Martinez 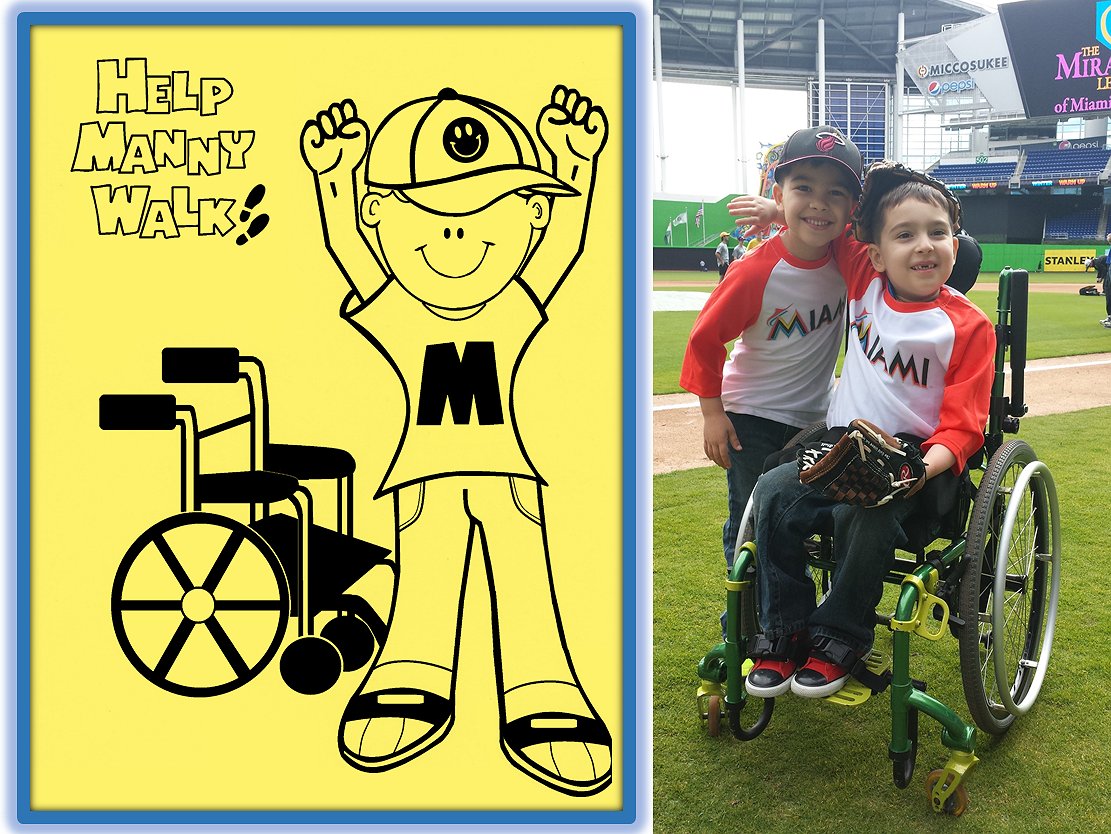