Note in memo:
In honor of Khrishna A Henry

Khrishna Henry (Nanna) became paralyzed 6 years ago after a tragic car accident. A once gifted athletic child is now a quadriplegic requiring assistance for his daily living and care. At 5 months old he was holding on to furniture to stand, by six months old he was walking and by 9 months he was running and walking around like a toddler. He had a passion for sports and was quite an athlete.

Today, Khrishna is confined to a wheelchair and in recent months, “primarily,” to his bed at a 30-degree angle due to pressure ulcers. He has had a few health concerns and life challenges over the years but most recently they have been more constant. Despite this he is still full of love, compassion, warmth, and joy. As a single divorced caregiver and mother for my four children, it has been a struggle to manage the additional expenses of taking care of Khrishna on my own. These costs are quite exorbitant, especially with the impact of the Covid-19 pandemic causing additional challenges.

I’m asking for your help to take care of Khrishna’s needs. He has been living in an open style office space since his accident. It is a small space making it difficult to maneuver to manage his care. Most of his medical equipment was bought out of pocket to help with his daily living. However, his ceiling lift to take him in and out of bed is broken, and his wheelchair (platform) lift to take him in and out of our home malfunctions from time to time.

Our most recent crisis is his wheelchair accessible van being in such poor condition, the mechanic advised that the repairs will be too costly, I should consider getting him a new vehicle. Sadly, Khrishna has missed too many doctor’s appointments and other medical appointments because of it. Therefore, I have decided to start this campaign to purchase him a new wheelchair accessible van (that is reliable), and possibly help with other medical equipment and services he needs.

Khrishna Henry was born on March 3, 1992. On that day, the earth received a soul that was full of fire, love, compassion, warmth, and joy. Khrishna’s fearlessness and zest for life was evident in his first step – the day he began to walk – at 6 months old. By the time he was 8 months old he was running around, climbing stairs always laughing and full of mischief.

As the years went by, though small in structure, his strength and physical skills were remarkably evident in all the sports he perused. The first time he sat on a bike, he rode. The first time wearing inline skates, he raced around the park. At age 10, during his first game of basketball, the entire audience stood up in amazement as he dribbled across the court in a flash to shoot and score! As he got older, he continued to feed his passion for the athletics. He was an integral part of his high school football team which made it to the championship for the first time in three years. I can still hear the crowd chanting his name! Khrishna was loved by everyone who knew his kind selfless spirit: teammates and opposing teams, family and friends alike.

At age 19, Khrishna was hell bent on joining the military. He gave up on that dream to stay home and help me through a very difficult time in our lives. He was always looking out for anyone in need. He worked 12 hours per day at a local restaurant. He was not making much, but his loyalty to the owners was second to none. He had found his second passion and wanted to become a chef. He was so excited and in the process of researching colleges to pursue his career path when it happened.

On May 26, 2015, Khrishna took his computer and headed out to his friend Julian’s house to play video games. I had to work the next day, so he promised to be home as usual to put his little brother Chris on the bus. Around 4:00 am I heard my doorbell ring. I felt sick to my stomach. It was the police. The officer said my son was in an accident. He was shaken up and in shock, claiming not to feel anything, but didn’t think there was anything to worry about. He told me where Khrishna was taken and reassured me he was okay.
Khrishna was the rear seat passenger in his 19-year-old friend’s car. He ran a stop sign because he was texting while driving in a 30 mile per hour zone. He lost control of the vehicle and slammed into a tree at 69 miles per hour. He was fortunate to walk away from the accident without a scratch, but my son was not that lucky.

I felt completely numb when I was greeted by a chancellor at the Trauma Center. I swallowed hard and braced myself when the doctor closed the door behind him. He took me aside and told me that Khrishna was in a serious car accident and required immediate surgery. His neck was broken from C4 through C7. C6 was completely shattered, and his head connected to his body by a slither of spinal cord. The sight of his x-rays before surgery sent chills down my spine. It was hard to imagine he survived.

I thank God that Khrishna was blessed with a calm accepting spirit, and I was graced with the ability to be strong and supportive to him. Those sleepless days and nights, watching him suffer was very difficult. I wanted to take his pain away and fix him, but I was helpless. I remember the anxiety I felt, watching his ventilator to ensure it didn’t fall below a certain number. The day it did, his lungs collapsed. We were rushed out of his room so the doctors could save his life. It was a nightmare I wouldn’t wish on my worst enemy.

It has been 2 years since that fateful day! It was, and still is, a sad and difficult time for us. I am a mother of four sons, solely responsible for their care. I’ve had to find a way to balance all my responsibilities at home and be there for my son. Prior to Krishna leaving the hospital, I did a mandatory 24-hour crash training to care for his unique needs. He was discharged without a nurse, an aide, a turning bed, or a power chair. I had to struggle to manage his care with no real experience or help for weeks.

Through trial and error, I have learned how to remove his bowels, change his catheter, sponge bathe him, and turn him every 2 hours. I’ve come to realize over the past two years that the challenges of caring for a person with his disabilities are enormous. Help is a rare commodity. It is horrible having to suffer the trauma of a life changing experience. But it is worse, with the limited resources available to someone like my son.

Khrishna needs to get out of the house for therapy to help him gain some independence, avoid atrophy, and improve his cardiovascular health that may help extend his life. He has missed countless doctor’s appointments because transportation has been canceled or has arrived too late. Time is of the essence for him to be able to regain some use of his body through therapy. He needs a specially modified van so that I can transport him to his appointments and they are costly. You support in helping us to do this would be greatly appreciated.

To help with the financial burden of uninsured expenses, a fundraising campaign has been established in honor of Khrishna Henry with Help Hope Live, a trusted nonprofit organization that has been providing community-based fundraising guidance to help patients and families in need for more than 30 years. All donations are tax deductible to the full extent allowed by law and held by Help Hope Live in the Mid-Atlantic Spinal Cord Injury Fund in honor of Khrishna Henry. Donations are allocated by Help Hope Live based on financial need for medical expenses. Please consider making a contribution today.

Thank you in advance for your kind consideration of a charitable gift that will help improve Krishna’s future. Your support means so much!

Diane, as someone who has known Khrishna as an active and gifted child it’s difficult to not see him at warp speed. I know he is a determined person, loving big brother and son. May he continue to be an inspiration to all who have the pleasure of meeting and knowing him.

Diane, I pray that God strengthen you physically and mentally during your labour of love for your son

Sonja B here!!
Susan & Bill are big Generation Z fans!!
My people as they say❤️❤️❤️❤️Them!!
I thank them for always supporting me, when I ask them to support someone else!!
Much Love to them both.

We are honored to be able to provide support for this fundraising effort. We will pray that your needs will be met.

Sonja B here!! From Generation Z!!
My gracious Aunt Debra, who understands tragedy and pain, so well. Her heart goes out
To the family and has mailed a generous check. People do care❤️❤️

We are sending out the message!!
God speed with donations.❤️❤️❤️

Generation Z And Beyond

Can not donate at this moment however Khrishna was the most heart filled and Athletic person I have ever met within Northern Burlington. Sending hopes and prayers to him and family.

Praying that God will continue to supply your needs and fill your heart and mind with his love, joy, and peace!

Note in memo:
In honor of Khrishna A Henry 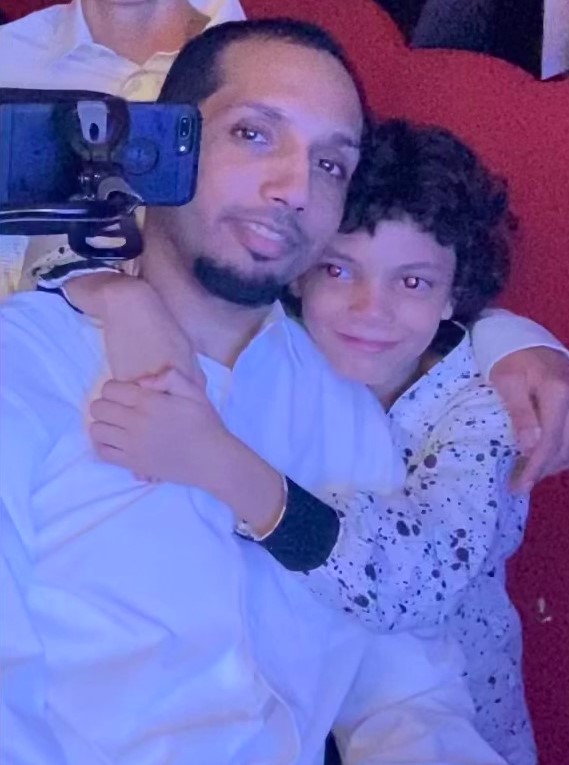