Note in memo:
In honor of Dawn Cox

Dawn Cox was diagnosed with a liver condition called Primary Biliary Cirrhosis about 14 years ago. Although the doctors did what they could to slow the progression of the disease, her symptoms worsened and she has continued to suffer from extreme itching, exhaustion, mood swings and multiple bouts of lung infections.

In 2013, Dawn was hospitalized for over a week due to these complications. It was then that she was referred to Piedmont Transplant in Atlanta to be evaluated for a liver transplant. Two years have gone by and her health has continued to decline. Her diseased liver is now causing a myriad of other health problems. Dawn had to leave her job and has struggled to cope not just because of the loss of her income, but because of her inability to do many of the things a family usually can count on.

Two days ago she had a major answer to prayer and finally something to look forward to. After a multitude of assessments and test, she has been qualified for a living liver donor transplant at Johns Hopkins in Baltimore. Several family members have offered to be a living donor but non have been a match, until now. Dawn has received word that on January 30st 2018 she will be going into surgery.

A transplant will save Dawn’s life, but it is also very costly. Even with insurance, Dawn is facing very high expenses including relocation for up to five months to be closer to Johns Hopkins in Baltimore, MD. Additionally, Dawn’s son Curtis and daughter Torie and son in law Ryan and husband Dale (Active duty Army stationed in Fort Benning, GA) hope to fly to be with Dawn during her recovery. None of this is covered by insurance.

To help with the financial burden of her uninsured expenses, a fundraising campaign in Dawn’s honor has been established with Help Hope Live. To make a tax-deductible donation, click Donate Now.

If God lays it on your heart to donate, any amount helps and adds up. Also, please lift Dawn and her family up in prayer every single day you think of them. They need the prayers and strength as much as anything else they could receive. Please have your church, small groups, or prayer chains pray as well. Thank you for all your love and support as the Cox’s embark on this journey being led by FAITH. Keep an eye on Dawn’s campaign page because we will be posting updates regularly. Thank you again.

Thank you all for your prayers, love, generosity, and support. Both Phillip and I are doing amazingly well. As long as all goes according to the plan, I get to go home the weekend of the 14th!! I can't wait!! I miss home so much!! Love you all, Dawn

Dear Family and friends. We want to thank you all for your prayers and will wishes, and for your generous contributions to Dawn's financial campaign. There have been so many notable miracles it has been marvelous to see God's hand at work.

First of all, the surgery was a completed with absolutely no complications. Both Phillip and Dawn have been doing very well. Doctors have said Dawn is healing even better than some expected. Phillip has been discharged from the hospital to continue his recovery at temporary lodging in the city. Dawn remains hospitalized but has been transferred out of ICU to a regular room for several days now. She is able to be up walking and doing many things for herself now.

After the first days of such high spirits and rejoicing, the hard work of recovery is setting in. Dawn still experiences a great deal of discomfort. IV's, and drains are uncomfortable to say the least, but she knows it's going to take time and patience.

Most of all Dawn says that she is so very grateful for the prayers of her extended family and church families all over the country and even some on the other side of the world. She said she feels the comforting presence of the Holy Spirit through those prayers in a very tangible way as she wraps herself in the prayer shawl many of you laid hands on in prayer before her surgery.

We encourage you to leave messages here for her. They will be passed on to her and we will continue to update you on her condition as it improves. You can also send cards if you wish. Following is the address for her hospital room where she will be receiving her mail until her discharge.

Today is the day! Dawn and Phillip are all checked in and getting ready for surgery. I will do my best to keep you updated. The surgery will be a total of 13 hours long, once they take Phillips portion of the liver and then begin to work on Dawn. As always we appreciate the prayers it’s what’s getting us through the day!

A match has been found! Dawn's liver transplant is scheduled for January 31st 2018! We are asking for prayers and support during the months to come for the donor and for Dawn . I have updated this page if you would like to read Dawn's history and donate. It would be appreciated and would go to help with the many expenses Dawn and Dale will encounter.

Thank you for all your love and support!! I am updating everyone with latest news. After what seems like a very long emotional roller coaster, it has been determined that my donor is not compatible for me. So, we are trying to come up a new plan with the Dr's. Surgery was scheduled for this coming Tuesday. God has a different plan for my journey. I will not give up and let God lead every step of the way.

Thank you all again,

With all my love,

There has been some unexpected complications in the plans for Dawn's transplant. The problem seems to be with finding the perfect "piece" of our donor's liver that will "fit". It's all very complicated, and sometimes discouraging, but we are standing strong on the promises of God. We know He has this all in HIS hands, and are trusting Him to see it through.

Dawn's donor is under going further testing on the liver we would appreciate all the prayers we can get at this time.

Thanks and keep the prayers coming!

We just wanted to let you all know that the tentative date for surgery is March 1st. We are excited to see God at work performing miracles right before our eyes. Thank you all for your continued love,support and most of all prayers!! Love you all!!

Friends and family! I want to give you an update on Dawn's health and situation as of today Feb. 2nd. Last Friday Dawn and Mom drove to Ohio from Georgia to visit a little before heading to Baltimore for some tests and doctor appts. Dawn did not make it to my house because we had to take her straight to the hospital. Dawn started vomiting up blood and had excruciating back pain. She has been at OSU hospital since Friday night and as of today the doctors signed the orders for her to be lifeflighted to John Hopkins as soon as they have a bed available for her there!

We are asking for everyone to be praying please! She is very sick and weak BUT she is still smiling and everyone is falling in love with her here at the hospital! But I am not telling you anything that you don't already know!

On a positive note!! It looks like Dawn has a donor ❤️

The need is real and urgent for prayers and financial help! Thank you

Thank you all for your support and prayers!! I feel them everyday. That is truly what is keeping me going. We are moving forward with several friends and family members that have offered to get tested to possibly be a donor. The goal is to have an approved donor and have the surgery in the beginning February. Please pray that all goes well and an approved matching donor will be accepted. I know it's all in God's timing, I am just praying that this time God sides with me on the timing.

I just want to thank everyone for your prayers, love and support!! It means so much. God is doing AMAZING things right now and it is so exciting to watch his plans unfold. I am working on the patience part though. I am just so excited about the possibilities!!

My prayers are with all of you today and your doctors! God is good Isaiah 58:8 Then your light will break forth like the dawn, and your healing will quickly appear; then your righteousness will go before you, and the glory of the LORD will be your rear guard.

Kristin and the Delp Family

Praying for Dawn & Phillip & all the family & lived ones. God's love, peace, comfort & grace be with you all.

Sent a donation on behalf of women at Piney Grove who supported our fundraiser! You are loved by many! !

Thoughts and prayers from the Seavers family. We love you!

Dawn (and Dale), Jim and I just want you to know we are praying for you. Hugs!

Dawn I'm so excited to hear that new liver is coming soon. Praying for a smooth transition and speedy recovery. I know God has paved the way and we are thanking him for that. Love you and will continue to pray for you and all your family.

Hopefully our donation along with many others will help provide the medical help you require.

Dawn, we love you and your family so much! We are blessed to have you as friends!! We pray without ceasing that God will bless and see you through this! He is able :-) <3 With Love,

Thinking of you and yours! Take care and keep the faith.

Thinking of you and yours and wishing you the best.

You are a ray of sunshine! Me and the girls love you and your family dearly, we pray for you constantly. I am so glad blessed us with you!

Praying for you, Dawn.

Note in memo:
In honor of Dawn Cox 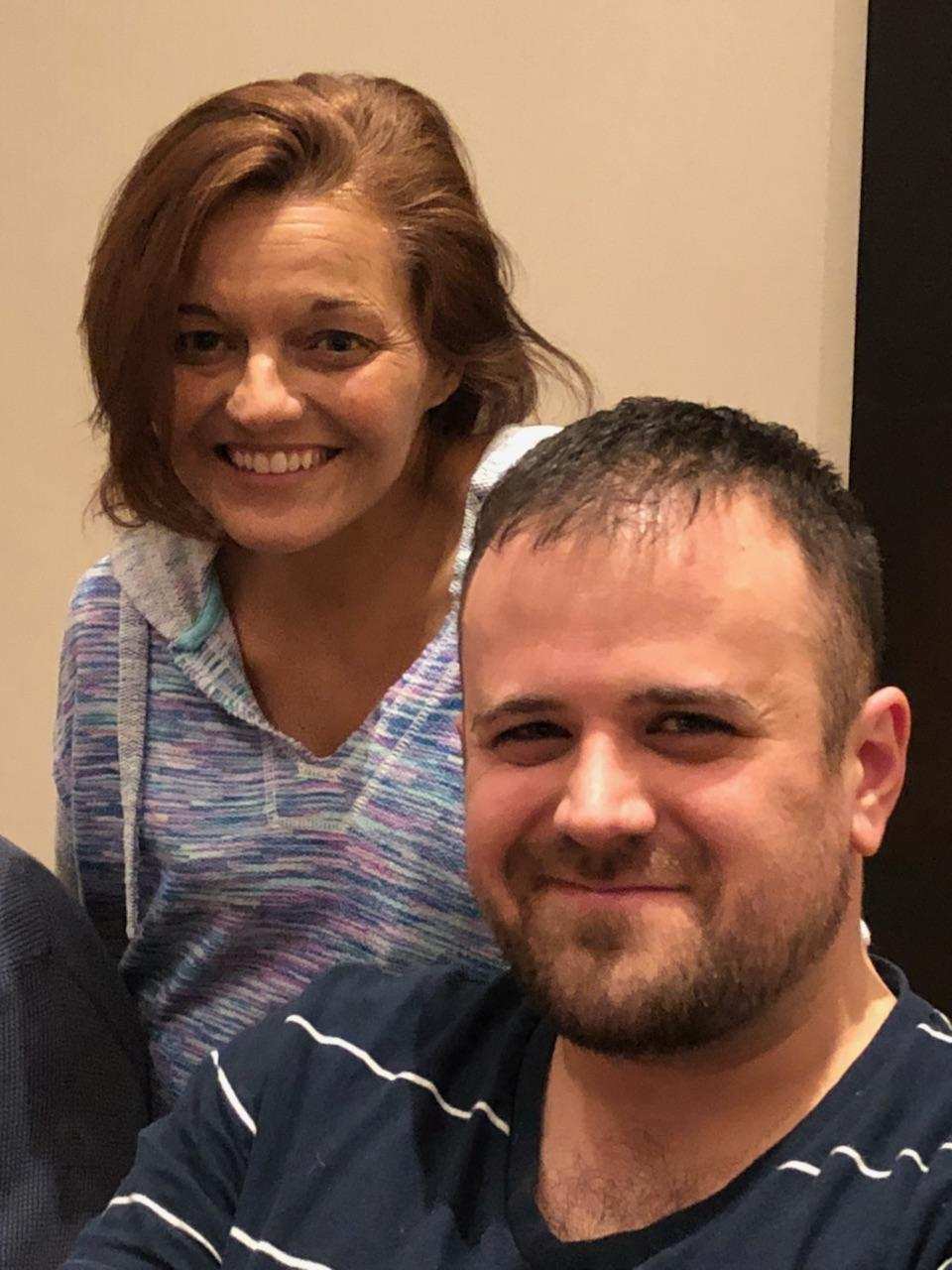