Note in memo:
In honor of Terry Cobb

Hello, my name is Joanie and I want tell you about my Dad, Terry Cobb. My Dad is an amazing man who has always been there for me no matter what the issue was or how far away from me he was. About a year ago, we were told that he was sick; really sick. My Dad was in Stage Four kidney failure from years of misdiagnosed high blood pressure. Doctors said that only way for him to survive was a kidney transplant.

Dad has always given me his unconditional love and his knowledge and guidance through the years. And, when I say unconditional love, I mean TRUE unconditional love. You see, my Dad is not my biological Dad; he is my adopted Dad. He chose to be my Dad when I was 18 months old. I know NO other father. Both my mom, Julie and my Dad are Marine Corps veterans. They met when Dad was stationed at 29 Palms, California. They were married a year later, and have been together for 33 years. They have three kids and six beautiful grandkids, aged four years old to 15. I can’t imagine any of his grandkids growing up without their Grandpa.

As soon as my Mom told me the news, I knew without a doubt what I had to do. This is my chance to repay every bit of love and kindness that my Dad has given me. My mind was set! My gift to my Dad is one of my kidneys! Upon being tested, we found out that by the grace of God I am a compatible donor for my Dad. I knew some people would say, “What are you doing? This is dangerous!” My response… “I know it’s dangerous. I have talked to my children and they agree with me completely about what I have decided to do.” Now we need your help; transplants are life-saving but even with insurance, very expensive.

To help with the financial burden of Terry’s uninsured expenses, a fundraising campaign in his honor has been established with HelpHOPELive, a trusted non-profit organization that has been providing community-based fundraising guidance to patients and their families for more than 30 years. All donations are tax deductible and are held by HelphOPELive in the Southeast Kidney Transplant Fund and are administered by HelpHOPELive for transplant-related expenses only. Please consider a contribution.

Thank you for your prayers, support and generosity. And, thank you so much for helping to keep the one man alive that has loved me and supported me entire life. My Dad.

Okay. Leave it to Autocorrect to incorrectly or unnecessarily correct something.

In my latest update, I signed off as "Terry's wife and Joanie's mother". Autocorrect decided to change my daughter's name to "Juanita". No, her name is Joanie, not Juanita. Sorry about that...

Hello, Everyone! Here is the latest update on my husband, Terry.

He is now one month post-transplant and is home beginning his healing path toward a "new normal" life. The staples are out, his scar is healing beautifully, and he's walking farther every day with no mobility assistance. Needless to say, especially to you pet parents out there, both of his four-legged canine children are thrilled that Daddy is home all day and can play fetch with them again. I'm trying to figure out how I'll explain it to them when he's finally well enough to go back to work again. It's a "problem" well worth having, believe me!

He and his donor daughter, Joanie, speak every day. She spent about a week at home recuperating right after surgery, but went back to work right after that. She works in an office, so she is able to sit behind her desk most of the day which helps immensely. Personally, while I am well aware of who my daughter is as an independent adult and am always proud of her daily as she lives her life as a single mother of two teenaged boys, it never ceases to amaze me, or her father for that matter, whenever I hear her say to people who question her decision to donate, "I'd do it all over again tomorrow if my dad needed me to. I'll never regret my decision." What a special person she is ... both she and her dad are.

If there is anyone out there who may be considering either becoming a living donor or accepting an organ from a living donor, please give it a chance. Believe me, being the mother of a living donor and the wife of the donors recipient, I can tell you that yes, it is a nerve-wracking experience, but it is also unbelievably satisfying to know that two people you love more than life itself will now have a chance at normalcy. Yes, sometimes things go wrong, but much more often, things go incredibly right. Just like this.

I'll continue to post updates as Terry's healing progresses. As always, thanks to all of you who offer up prayers, good thoughts, and yes, even funds to continue to help us on our way. We offer to each and every one of you our never ending gratitude.

To all of you who are following Terry's journey, I apologize for the gap between updates. Here is the latest one. After several days of recuperation, Terry is finally going home today. He is feeling much better, although he is coping with an unexpected, but not too uncommon, complication from the surgery. During the actual procedure, a nerve was pinched in his groin which caused him to temporarily lose the use of his right leg. However, with some physical therapy in hospital, he is now able to walk, albeit slowly, with a walker, and his therapist said he should regain full leg function before he goes back to work in a few months. He said it's a good excuse to avoid mowing the lawn...

Well, here's the final update for today. Both Terry and Joanie are resting comfortably after a truly miraculous day. To watch a man, a Marine Corps veteran, who has been robust and active all his life, become tired and sick and age overnight due to failing kidneys was torture for those who know and love him. Now, however, to watch that same man laugh and smile again less than 12 hours after receiving the amazing gift of renewed life through his daughter's donated kidney is beyond words.

Again, to those of you who have followed Terry's story and offered up prayers, good thoughts, love and yes, even financial support throughout our ordeal, God bless you all! As I said before, we couldn't have done this without all of you.

Thank you so much for helping to give our family back its patriarch.

Joanie's in her hospital room now and, except for some post - surgery nausea, is awake and talking. She is also about two pounds lighter (the average weight of a healthy kidney).

Terry is in recovery and should shortly be heading off to ICU. While we now have the surgery behind us, there is still a long row to hoe as both of these very special, amazing people work toward a healthy recovery. Please continue to remember us in your prayers, and thank you all for your greatly appreciated support throughout this lengthy process. We couldn't do this without all of you.

I will continue to post updates as they happen.

Both Terry and Joanie are off to surgery. The doctors are saying about 4 to 5 hours until the transplant is completed. Please continue to pray for us as we begin this nerve wracking but hopeful journey and work our way through to the other side.

Thank you so much!

Well, the day is almost here! Tomorrow, Wednesday, March 23, 2016, both Terry and our daughter/his donor, Joanie, will undergo the lifesaving surgery Terry needs to survive. Joanie has never waivered from her selfless decision to give part of herself, literally, to her dad, and Terry, while being a great father and worrying about his daughter, understands why she chose to do what she is doing.

To our friends, family and all those who may be following this beautiful story on social media, please keep our family in your prayers and thoughts as these two people change each other's lives forever.

Should anyone wish to donate funds toward both Terry's and Joanie's medical and other related expenses, please go to helphopelive.org and search for Terry Cobb/Kidney FL. Your contribution donated here will be tax deductible and will go a great way toward helping them both with peace of mind regarding shouldering the massive costs of this surgery from medical bills to simple day-to-day expenses.

Our never ending thanks go out to all of those who have supported us mentally, emotionally and spiritually up to this point. New updates will follow as both Terry and Joanie begin the healing process and continue to progress toward resuming their daily lives.

We now have a date for Terry's transplant -- March 23, 2016. We are all thrilled that now there's a light at the end of this long, scary tunnel. This also means that towering medical expenses are also looming large.

We have had so many well wishes, prayers and thoughts from family, friends and even perfect strangers, they are impossible to count. We are also hoping that there are those out there who might be able to add their financial support as well. I had no idea that, once the transplant is over, and Terry comes home, his required monthly pharmacy bills will run well over $1,000!

Any help you can give will be so greatly appreciated! And, thanks to all of you for your continued support. You will never know how much each and every one of you mean to us!

Thinking of you all and praying everything is a great success! Please keep us updated. Love to you all.

Note in memo:
In honor of Terry Cobb 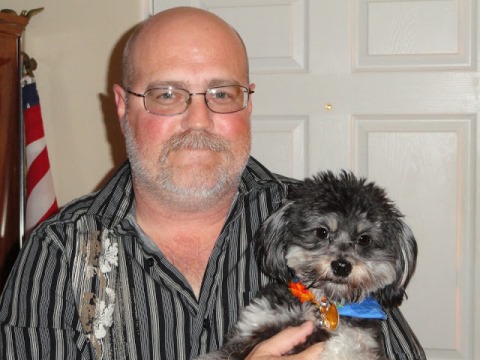