Struggling with health issues, Air Force veteran Reneé sought healing through a multi-month yoga retreat and training program in India. On her way home, she sustained a spinal cord injury that left her with quadriplegia—and a new understanding of the power of mobility to unlock hope and her ability to help others. 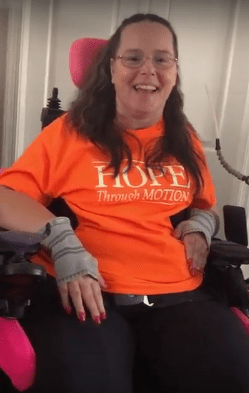 In 2013, when I was living in Seattle, I was diagnosed with fibromyalgia. At the time, I already suffered from sciatica, depression, and obesity. I was really concerned about my health. I decided then and there that these ailments were not going to define me.

As I searched for something that could help me aside from medication, I stumbled upon people talking about experiencing healing in India. I began the planning process, including updating my passport and getting a visa, and decided to leave in four months in January 2014. I told my friends and family goodbye for now and sold all my belongings aside from a few clothes and some toiletries. My plan was to backpack around the country when I got there. 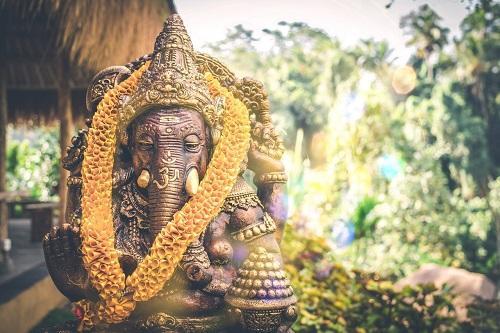 By the time my travel date arrived, the pain I was experiencing was almost unbearable—but I flew out anyway. It took me three months just to figure out how to get around. While I experienced a few hardships, I didn’t encounter enough to make me want to come home just yet.

Around the fourth month, I heard about a place called Rishikesh, nicknamed “the yoga capital of the world.” I had never done yoga before, but since I was there to get healed, I took a 36-hour train ride to northern India to the foothills of the Himalayan mountains. 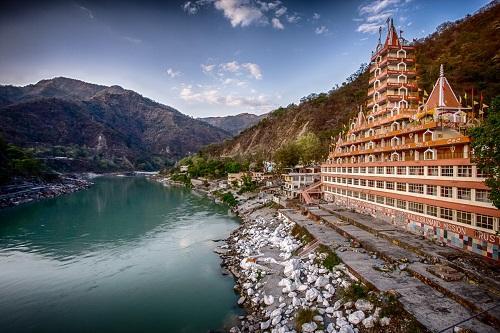 Rishikesh, the "yoga capital of the world"

When I arrived, I was happy to see other foreigners like me with backpacks and crazy hairdos. I was searching for a quiet, peaceful, Indian-style yoga program. I started out with a seven-day course. My schedule was the same for all seven days:

At first, the program was very difficult for me. I even cried a few times (okay, maybe more than a few times)—at first in private, but after a few days, I cried in front of everyone while sitting in the lobby of the ashram. Nobody seemed to mind—they just let me cry it out. The monks would pat me on the shoulder and tell me it was okay.

After that week, I was already seeing changes, including weight loss and greater flexibility. I was intimidated by the intensity of the program and still experiencing pain, but I kept telling myself to keep going.

I began to see an extreme change in myself. I dropped almost 20 pounds—and, yes, I was still eating! I was able to get into more of the yoga poses. After another week, the crying stopped, and I had lost another 15 pounds.

I was in shock—I was really doing it! 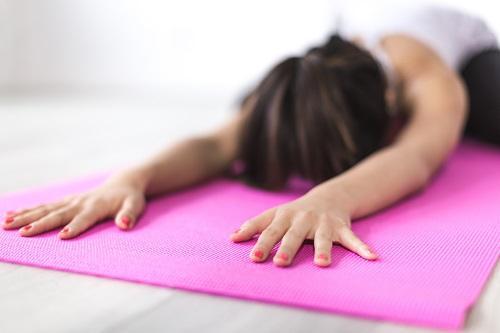 I began video journaling and writing, which helped with my emotional process. By the end of the program, I had lost 50 pounds.

I signed up for a six-week teacher-training course that added classwork to the yoga program, including anatomy and the history of yoga. I had to buy new clothes because mine were getting too big!

After the first course, I signed up for a second seven-week teacher-training course. After that, I spent four months at Parmath Niketan ashram taking even more courses in yoga. My instruction ended November 1, 2014. I was feeling better than I had in a long time. All of my pain was gone and I weighed just 150 pounds. I made plans for the following week to meet friends to see the Dalai Lama. My mom and her friend, Robin, were coming for a tour of India in December and then we would return home together. On November 3, 2014 at 5 a.m., I hailed a taxi from the ashram to take me to Nepal for the day,

Little did I know I would not be returning. 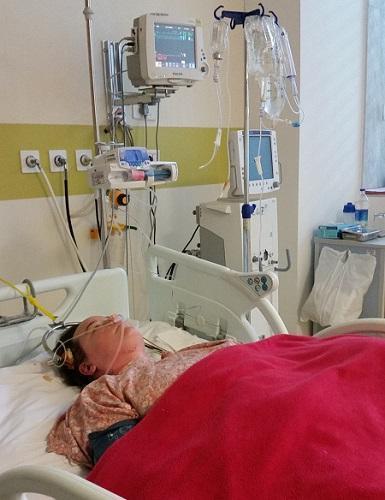 At 6 a.m., I was in a major car accident south of Hardwar, India. I don’t remember anything about the accident. I woke up on November 5 in a New Delhi hospital looking at my mom’s face and wondering why she was there. I couldn’t talk because I had a tracheotomy and was hooked up to a ventilator. I was wearing a halo to keep my head from moving, and I could not move my body.

My mom explained that I was in an accident and had broken my neck. I would be going into surgery to have a titanium plate and four titanium screws put into my C4 vertebrae to hold it in place. After the surgery, I spent seven weeks in the ICU then moved to a hospital room for another two weeks.

During this time, my mom spent countless hours trying to get me out of India. It was not easy. I had to be approved for a special visa to leave India immediately, and my mom struggled to navigate the country’s procedures and restrictions. My mom spent her days with me in the hospital and Robin spent part of the nights with me. Since I could not talk, they felt like someone needed to be there with me whenever possible.

This turned out to be a good idea. I made several nurses cry—not on purpose, but because I got so frustrated that they could not understand me. I couldn’t move my body to do anything. Having to ask for help from someone for every little thing was not something I was used to.

I was eventually able to get my ventilator removed, but I still could not sit up all the way because my blood pressure would plummet. This continued until the day I finally left—nine weeks after the accident.

My parents had to hire flight-ready nurses to bring me home. For the first time, I had to fly business class—it was amazing! I had a reclining chair and my own TV and desk. A nurse sat next to me for the entire 24-hour trip back to the United States.

When I arrived in Naples, Florida where my parents live, we went right to the emergency room of North Collier Hospital, where I would spend the next two months fighting pneumonia and a bedsore so severe that it could have killed me.

We learned about a spinal cord injury unit that had been added to the Tampa VA Hospital. It took months of advocacy, including writing letters to our governors and senators, but I was finally admitted. The facility immediately began to provide advanced spinal cord injury treatment.

My parents and I learned so much about spinal cord injuries so quickly that it was overwhelming at first. I spent four months at the Tampa VA Hospital, during which time I learned how to use my new power wheelchair, completed occupational and physical therapy, saw a psychologist, and learned how to better protect my body. 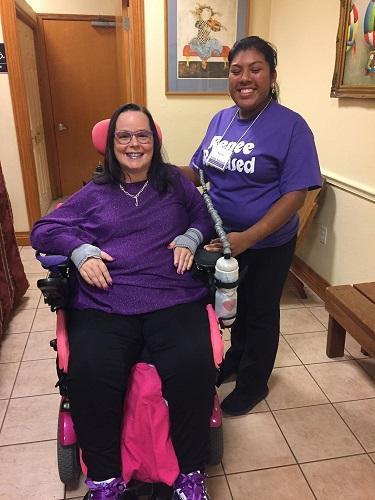 Everyone at the hospital said it would be easier once I got home. They could not have been more wrong.

It was extremely difficult and stressful, not only for my parents but for me. It took the better part of a year for us to adjust to a new routine, and for my caregiver and me to develop a process that would take less than three or four hours to get me ready for the day.

Throughout that first year at the house, there was a lot of sweat, tears, and blood, along with anger, frustration, and yelling,. My memories from 2015-2016 are incomplete: my psychologist told me that sometimes with these kinds of accidents your brain responds almost as if you had died on that day. For me, that’s why it still seems like just yesterday when I was in India.

We became a much happier family unit as time passed. My mother and I attended Sunday church regularly, and I became a prayer chaplain in 2016. In 2017, I got Peyton, my toy poodle. In 2018, I enrolled in Unity Urban Ministerial School to become a Unity Minister. Today, I am a member of Toastmasters, and I try to give speeches at least every two months. I love giving speeches in my community to help others understand my experiences. 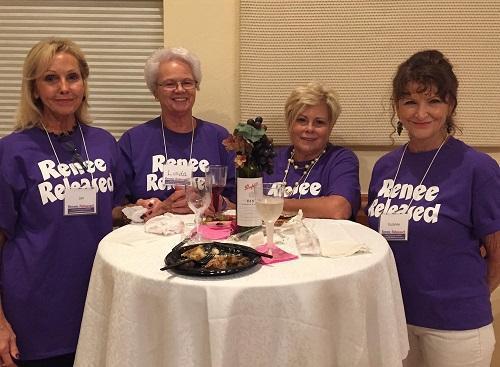 I participate in therapy at my home, riding an accessible bike, standing in a standup wheelchair, and completing stretches and arm exercises. I have regained the use of one arm, which I use to steer my wheelchair and operate a stylus for my computer.

With each passing year, I gain more strength and stamina, enabling me to do more with my time—even things as simple as going to Starbucks for coffee or Barnes & Noble just to look around.

Mobility is one of the primary concerns with this type of injury. To continue to get around to do all the things I enjoy, I am fundraising for a new van—the van I have is getting old and does not have all the accessible features I need as a quadriplegic. Mobility gives me access to a new quality of life and the ability to share my story and help my community. 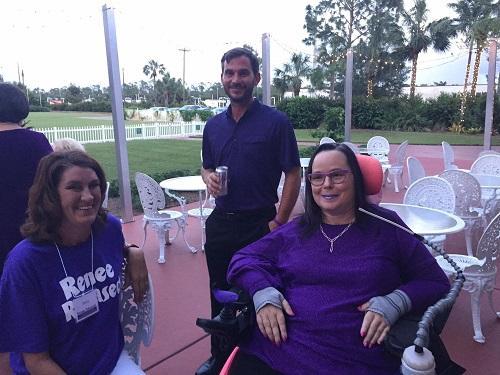