With a little help from our  team, Help Hope Live clients are popping up in headlines every month. Check out three standout stories from spring 2017.

Fighting diabetes, Freddie Hale is undergoing dialysis three days per week for four hours per day – yet he’s still working diligently at Lowe’s in his hometown of Nampa, Idaho. The close bond between Freddie, his co-workers, and the Lowe’s management team lead to an incredible next step: one of his co-workers offered to be a living kidney donor to save Freddie’s life.

Tia plans to donate a kidney to her co-worker, Freddie

“I get to help him live,” said his future donor Tia Hess in an article for the Idaho Press-Tribune. “If you can help someone, why not?” Freddie sang her praises, saying, “She’s so giving. I could never repay something like this.” He is waiting for the lifesaving transplant to plan a wedding ceremony with his fiancée, Christa, who calls Tia “my personal hero.” Freddie fundraises for the Northwest Kidney Transplant Fund (when he’s not belting out Billy Joel covers in his garage, that is).

(‘Because it’s Freddie: Co-worker to donate kidney as living donor this summer)

Ilysa Winick: Coast to Coast Support for an Amputee Mom

“This mom of two could be you,” Denise Albert wrote for Good Housekeeping. She is profiling New York resident Ilysa Winick, an active mom, wife, and nursery school owner, who contracted a near-fatal blood infection in June 2016. The infection caused her body to go into septic shock, shutting down her vital organs. She woke up in the hospital a month after she went in. Both of her feet had to be amputated below the knee as did her hands below her elbows.

Ilysa’s cousin Chrissy, who lives across the country from Ilysa in Florida, organized a CycleBar fundraiser in May to rally her local community to support the New York Catastrophic Illness Fund in honor of Ilysa. “It can happen to anybody,” said Chrissy.Chrissy proved that your Help Hope Live fundraising potential doesn’t have to stop at state lines.

(This Mom, a Recent Quadruple Amputee, Is Now Fighting to Survive)

Mary Kriete: Inspired by Altruism on the Waiting List

Mary Kriete has been on the kidney transplant waiting list for nearly three years. While she waits, she must pursue dialysis for an hour per session four times per day. Her kidneys have just 8% functionality, down from 20% when she started dialysis.

Mary can no longer work, live an active lifestyle, or even keep pets until she gets a transplant. Eight or nine people have offered to become living donors for Mary, but none passed the required medical clearances. In the meantime, she fundraises with Help Hope Live with creative community events like Dine and Donate percentage of sales nights, high teas, silent auctions, and by requesting donations in lieu of birthday gifts. Donations are collected in her honor via the Midwest/West Kidney Transplant Fund.

An article from The Missourian puts Mary’s story alongside an incredible tale of hope. Dr. Jackie Miller had planned to be an altruistic donor for decades. In August 2016, with the support of family, friends, and her faith, she donated her kidney to a stranger. Dr. Miller hopes her altruistic choice will help others to make the decision to be living donors to help people on the transplant waiting list like Mary.

(‘It Was a Beautiful Journey’)

Get your Help Hope Live fundraising story in local headlines! Contact your Fundraising Coordinator today and let us help you with press outreach. 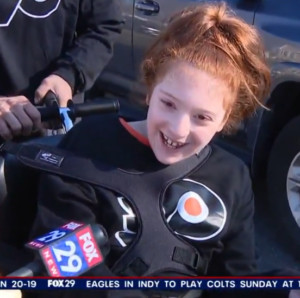 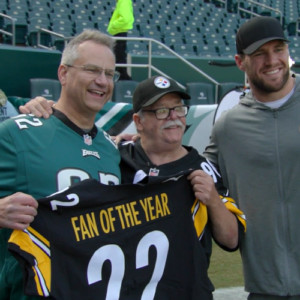 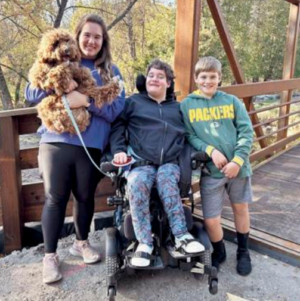