The first installment in our 2019 Touched by Transplant series is here! Jessie Hallowell was transplanted in October 2018.

I have not only been touched by transplant; I have been saved by a transplant. I know that I am one of the lucky ones, and I am forever grateful for this.

Many people wait years for a donor—only six months passed between me finding out I had end-stage renal failure and getting a new kidney. This feels miraculous. 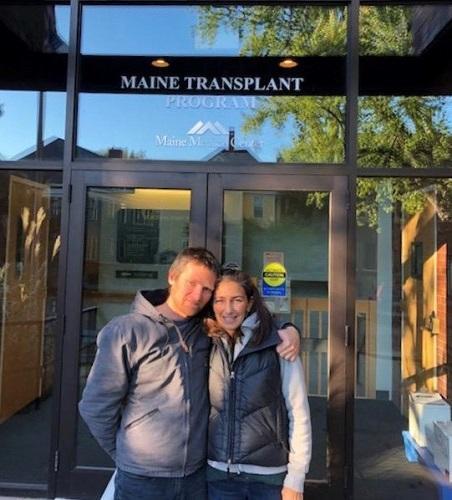 My story started, unbelievably, less than a year ago. I found out that I was in kidney failure without having known anything was wrong with me. I started not feeling well, increasingly cold, tired, and itchy. These are not unusual feelings to have in Maine in the winter on the small island that we live on. I chalked up my discomfort to a recent shoulder injury and simply getting older and more out-of-shape.

I should have known something was wrong, but as moms do, as people do, I just kept going.

There was one other symptom that felt strange: frequent and severe leg cramps. I thought maybe I was deficient in some vitamin or mineral. As we grew close to summer, which is our busiest tourism season, I thought it was time to find out what was going on with my legs.

I got bloodwork done at the small clinic on the island. The nurse told me she would be in touch about the results within a few days.

That day, I was still at work in the early evening when the nurse and an EMT came and found me.

“I was still at work…when the nurse and an EMT came and found me.” 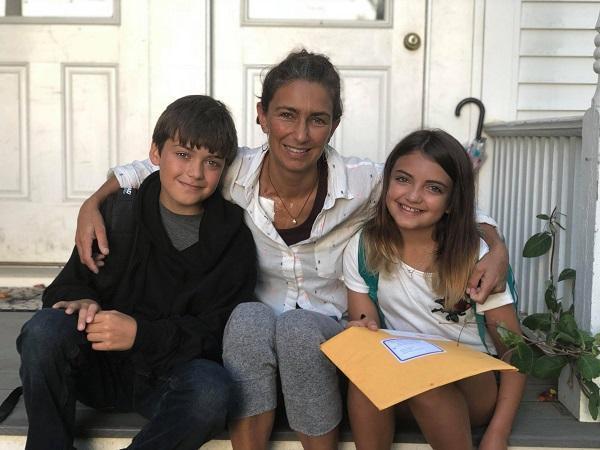 I had my 10-year-old daughter with me; my 12-year-old son was at play practice. The nurse told me my bloodwork looked “off,” and that I had 20 minutes to pack my bag: they were taking me to the hospital. It was one of the most frightening moments of my life.

I could tell by the nurse’s tone that she was worried it was serious. Not wanting to upset my daughter, I tried to hold it together. I am very lucky to live in a small community where I have family and close friends. I work with some of my closest friends, and that community immediately surrounded me and my daughter with love and comfort. My partner wanted to come to the hospital with me, and within moments, my friends volunteered to scoop up my kids and my dog to take care of them for as long as necessary.

The ambulance took me on the ferry to the mainland. From there, I went to a local hospital. I immediately received a blood transfusion—I didn’t have nearly enough blood in my body (I would learn later that my kidneys were in charge of that!). With no nephrologist on staff and it being the middle of the night, the hospital sent me two hours away to Portland, Maine. There, I received another transfusion. They let me rest for a few hours, and by morning, I had a catheter put in and started dialysis.

“It was one of the most frightening moments of my life.”

My head was spinning. I still didn’t know quite what was going on. The doctors were puzzled, too—they couldn’t believe I was walking and working and functioning based on the way my bloodwork looked. I learned that my kidneys were shriveled to the size of walnuts. The doctors had no idea—and still have no idea—what happened to my kidneys to cause this.

I was at the hospital for five days while they kept an eye on my blood (supply) and white blood count. It was a terrifying time: I felt like my body had betrayed me, and I had no idea what my future looked like. My entire life had turned upside down in a matter of hours. 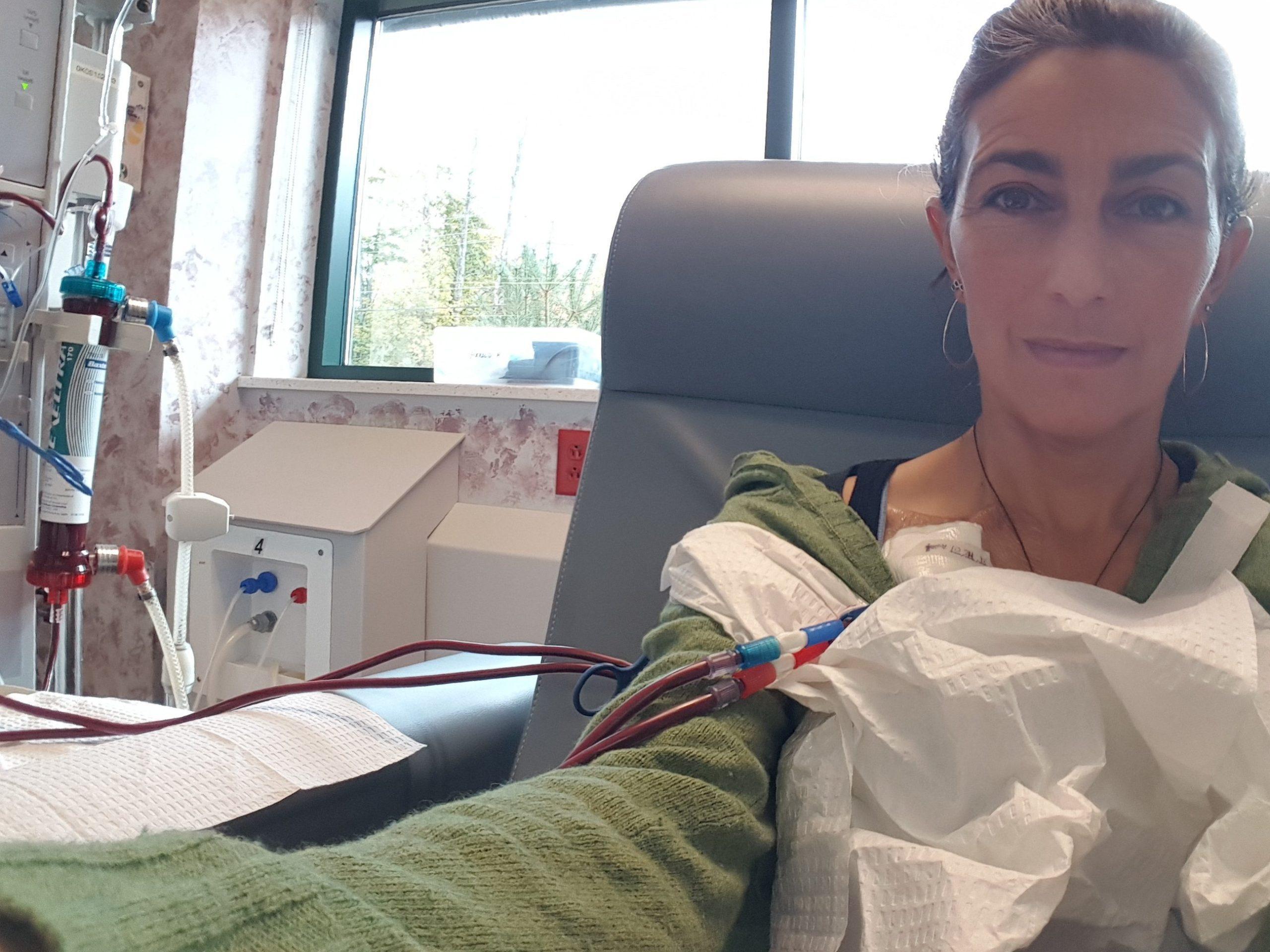 “Dialysis kept me healthy, and I’m grateful for that.”

Once I was stabilized and had a plan to pursue outpatient dialysis, they let me go home to my kids. It was Mother’s Day.

From there, my days became a blur of going to dialysis on the mainland three days per week while still trying to be there for my kids, work full-time, and be a good partner. Going to dialysis involved a one-hour ferry ride, another one-hour drive, a three-and-a-half hour dialysis treatment, then racing back to the ferry and often going straight into work.

I know dialysis kept me healthy, and I’m grateful for that. The nurses were wonderful and took good care of me. But dialysis made my feel terrible. It wasn’t just feeling tired—dialysis gave me awful migraines. There were many days I drove back to the ferry throwing up in a to-go cup with my head throbbing and my eyes aching and blurry.

I’m still not sure how I got through those six months, but you do what you have to. And that’s what I did—I kept going.

“I found myself surrounded by all the love and support I could ask for.”

Three of my siblings who have the same blood type as me were willing to get tested to potentially become my living kidney donor. My brother, Sam, was the first person to finish the testing, and he was a good match. That’s when he decided to go ahead with the donation.

It is still hard to wrap my head around the knowledge that someone chose to save my life—and not just anyone, but my little brother, who I adore beyond belief. Sam went into the process without hesitation, without a second thought, and knowing that recovery would likely be harder on him than it would be on me. He never wavered. Not once.

The surgery was scheduled for October 30, 2018. Following a crazy series of coincidences, my older brother was scheduled to have surgery for colon cancer on the same day in the same hospital, and my sister had just completed surgery for ovarian cancer. Both healthy people. The night before surgery, our whole family gathered in Portland for dinner—to say it had been a rough year for all of us is an understatement, but I found myself surrounded by all the love and support I could ask for.

The next morning, my brother and his partner and me and my partner went to the hospital. We were prepped in rooms that were right across the hall from each other—we could see each other up until the moment when we went into surgery.

I can’t even write these simple words without tears, because I am still in awe and disbelief at what my brother did for me. He made the greatest sacrifice to give me the greatest gift.

Thanks to the amazing team of doctors and nurses at the Maine Transplant Program, the surgery went very well for both of us. As soon as Sam was up and walking, he came to see me. That moment when he walked through the door was one of the greatest of my life. And so, our recovery began. 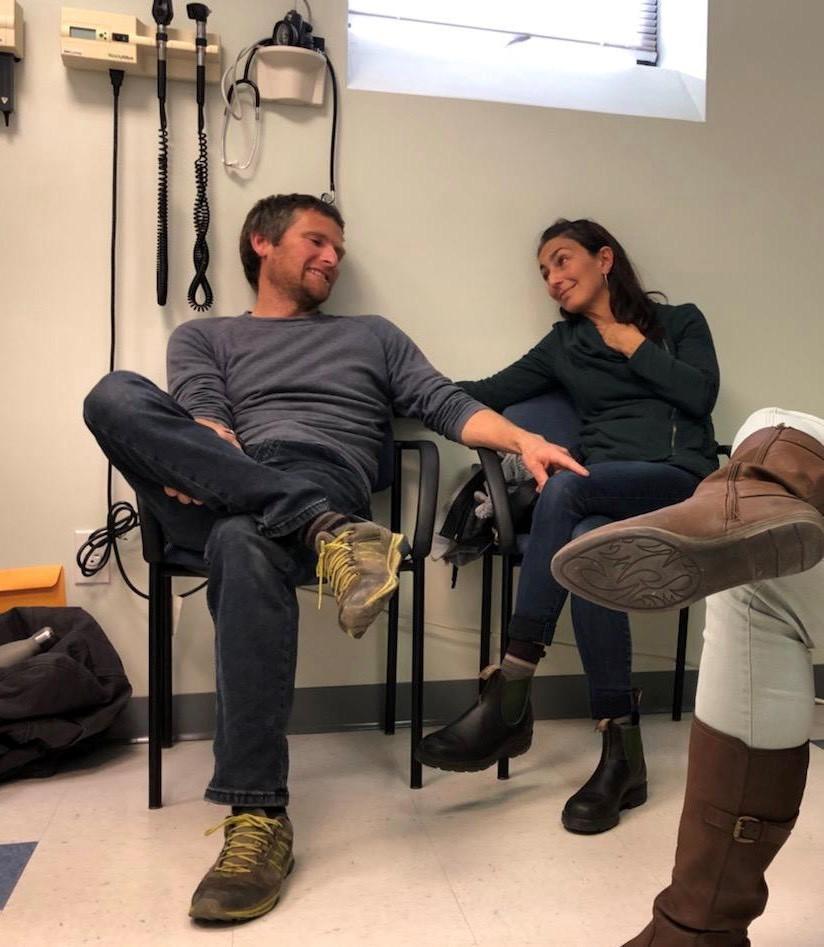 We are now five months post-donation, and we are both doing well. My brother is my hero. He gave me a new, healthy start, time with my kids, and hope for better and better days ahead. This is a gift that I wake up with every morning, and I’m filled with endless gratitude.

Knowing what I know now, if I could donate an organ to someone, I would. There is no greater gift than donating life.

Aside from all the check-ups and some medication adjustments, life has mostly returned to normal. Or a new normal. And normal feels like the greatest thing I could ask for. Normal feels extraordinary. 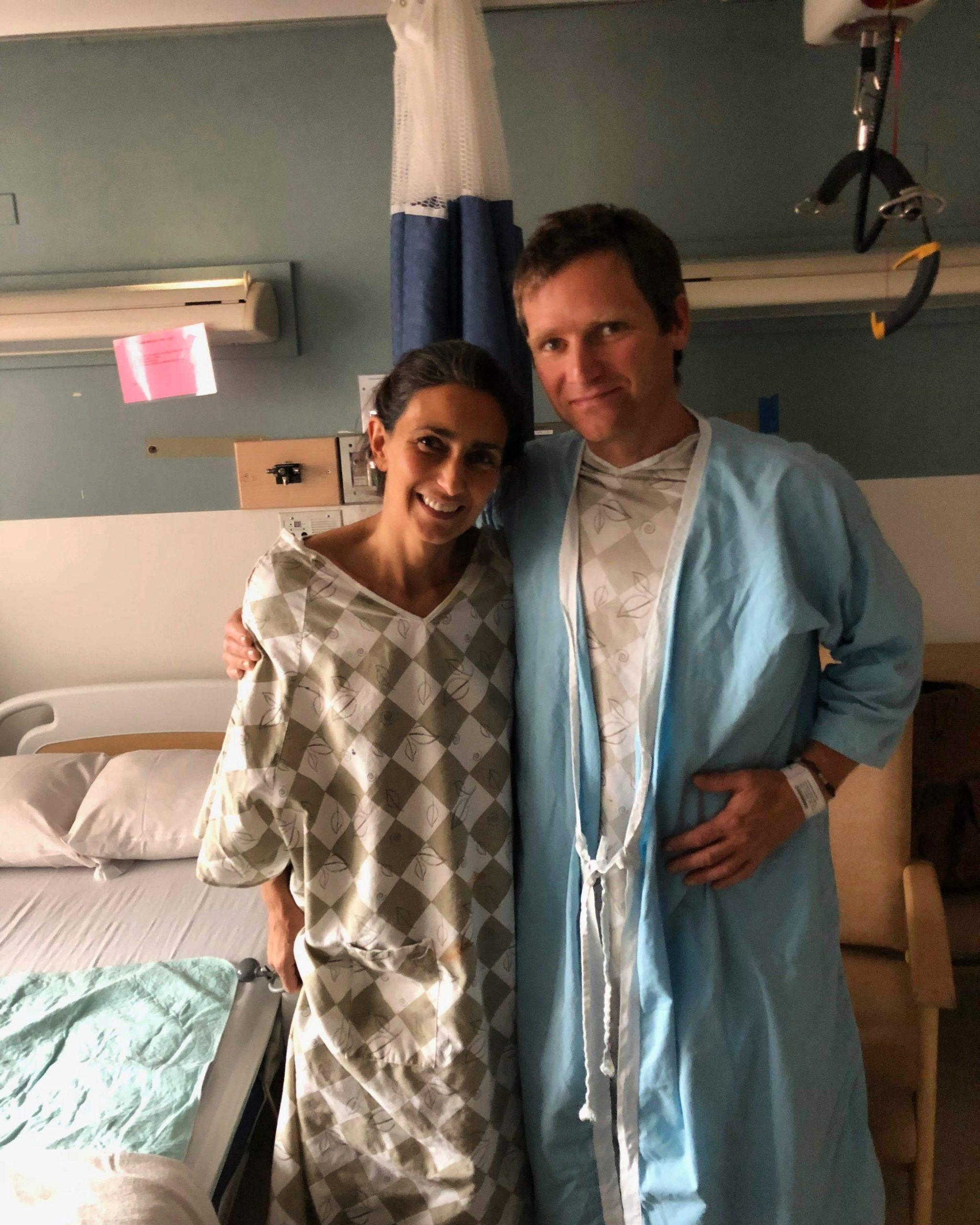 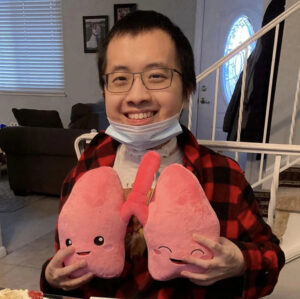 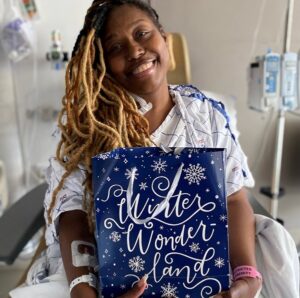 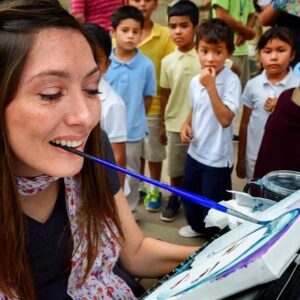