We asked Michelle Ziner, mother of our client Josh Ziner, how she discovered the power of community support after her son’s traumatic brain injury. 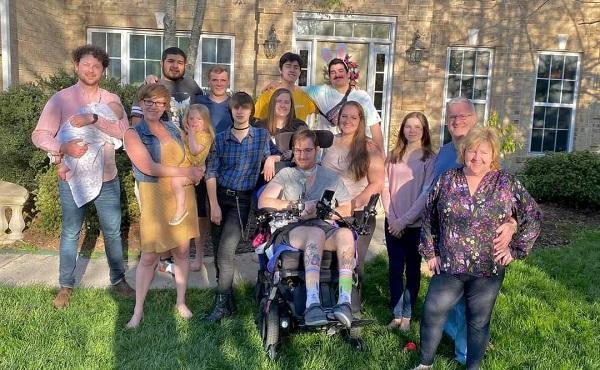 It is that dreaded phone call that every parent hopes they will never receive. Except, I did.

It was a sunny morning on September 27, 2017. As a preschool teacher, I was on the playground with 3-year-olds when the call came in.

It was a trauma unit nurse. Our 25-year-old son, Josh, was hit by a drunk driver.

The accident occurred the night before—they were only just now able to reach me. Over the next few hours, I vacillated between hysteria and pure helplessness. Joined at the hospital by my husband and our older children, we sat and waited and prayed.

We learned that the drunk driver hit Josh directly on his door at 70 mph after running a red light. Josh’s car was thrown 70 feet off course. He was unconscious at the scene. Airlifted to the Charlotte trauma unit, Josh underwent surgery and testing. His injuries included a torn aorta, a ruptured spleen, a crushed pelvis, broken ribs, a broken C1 vertebrae, and a severe brain injury.

The heart surgeon emerged with the news that he had repaired the torn aorta—but Josh was in a coma. 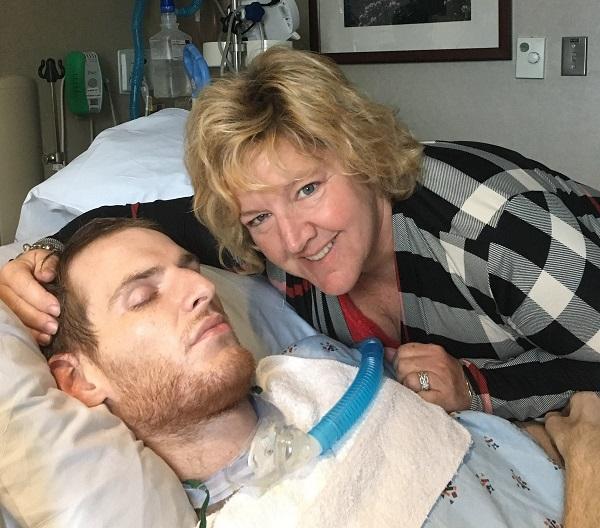 There are no words to describe seeing your child in this condition.

I desperately cried out for prayer, and soon Facebook was flooded with encouraging words and prayers for Josh. We were told that his prognosis for recovery was poor and that he may not emerge from the coma. Our family of faith refused to accept that answer.

Day in and day out, we never left his side.

Every day, medical professionals would tell us that he may not make it. We rejected their negativity: eventually, we told them they were no longer allowed to say those words in his room. We prayed over Josh nonstop and used every available avenue to stimulate him—from essential oils and massage to music.

At one point, the trauma team met with us to advise us to consider discontinuing his feeding and “keeping him comfortable until the end.” Meeting over.

Josh remained in a coma or partial coma for the following six months.

He emerged from the coma with no movement in his neck, arms, or legs and no detectable connection between his brain and his body. Because of the C1 break, he could not speak or swallow. We were told again and again that he would not progress.

As our insurance ran out, we were given the choice of placing Josh in a nursing home or taking him home with us. 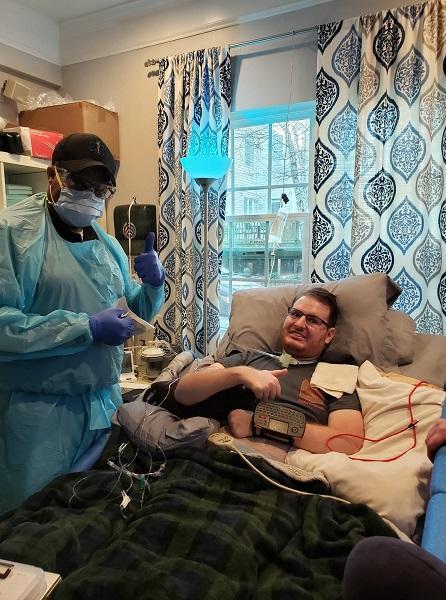 We came home to 16 hours per day of nursing care and 8 hours of family caregiving.

My husband’s boss had been following the updates about Josh. He generously sent a construction crew to our home to turn our family room into a hospital room, equipped with an adjacent “nurse’s station” and an accessible shower.

It was complete by the time we came home from the hospital. We were incredibly humbled and appreciative of a gift of this magnitude. 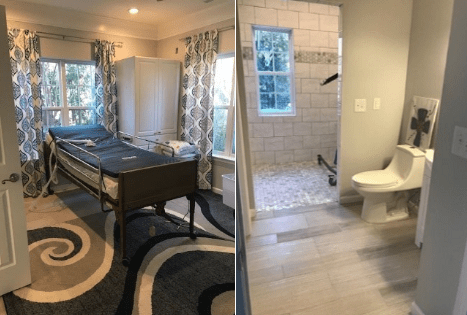 All the while, the messages kept pouring in.

It was difficult to keep up with them all, so I decided to create a Facebook group to keep all the updates in one place as I journaled my thoughts and shared Josh’s progress. We called it Pray for Josh Ziner.

People joined in and shared it, and it took on a life of its own. It provided encouragement that proved to be our strength over the next few years. Every hurdle Josh hit or victory he achieved was met with more prayer and more strength from the growing number of members.

Over time, Josh started to recognize people and interact with his eyes, even though he still had no other way to communicate.

Josh’s friends came over to visit one night, and he laughed for the first time.

Next, he moved his thumb slightly. After that, he began to make facial expressions. Then he gained movement in his right fingers. He was coming back! 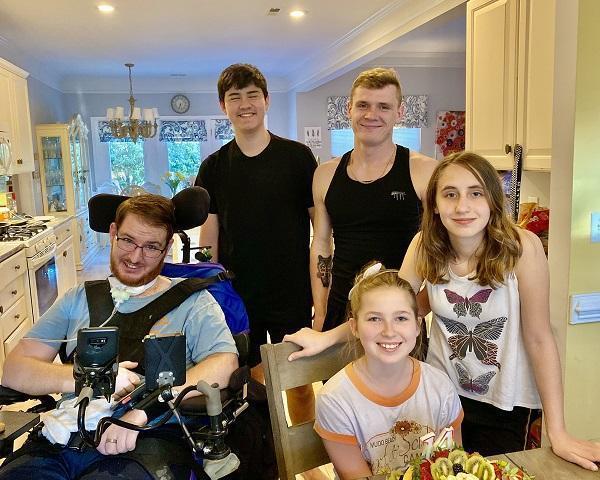 During one visit, a friend noticed that he was finger-spelling in sign language. “That must be a mistake,” I said. “Josh doesn’t know sign language.” She assured me that he did—later, we discovered that he learned sign language in third grade. It came back to him after the coma: a way to communicate. We felt that God gave him what he needed before he needed it.

The journey was incredibly emotional.

The Facebook community continued to grow along with the encouragement and prayers. We experienced many highs and lows, but we never doubted that Josh would keep progressing.

As we neared the 1-year anniversary of his accident, insurance continued to cover his home nursing care but denied his benefits for physical therapy, occupational therapy, and speech therapy. Josh was just beginning to progress thanks to these resources.

A member of the Facebook group suggested that we try fundraising. A good friend of Josh’s designed a custom T-shirt with a phoenix on it.

The phoenix became Josh’s symbol. His slogan: “I Will Rise.” 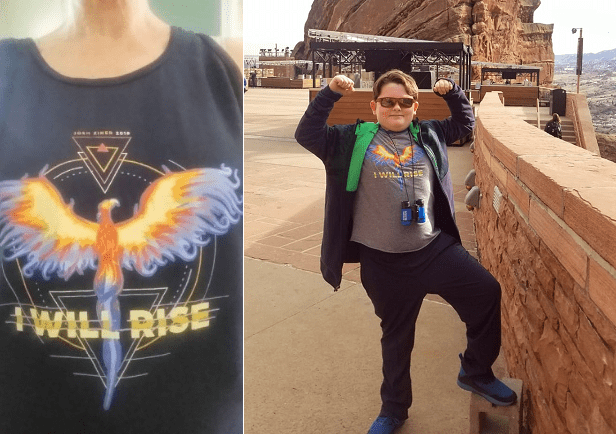 We brought Josh to a specialized gym adapted for spinal cord and brain injury clients. It was at this gym that we learned about Help Hope Live.

We were ecstatic that donors would have a safe, tax-deductible way to give.

The benefit for us would be that we could submit therapy bills and Help Hope Live could pay them directly. There would never be any question that all donations were going directly toward these therapies.

Over time, Josh regained movement in his neck and full movement of his right arm. He has experienced no mental deficits or memory loss from his brain injury. He has the same fun and stubborn personality—we think he may be smarter now than he was before the accident.

He can text on adaptive electronics, read, study, and communicate, either in writing or with sign. Despite all the research about the low likelihood of regaining motion after two years post-injury, we are on Year Three, and Josh has just recently detected movement in both of his legs and in his left arm. 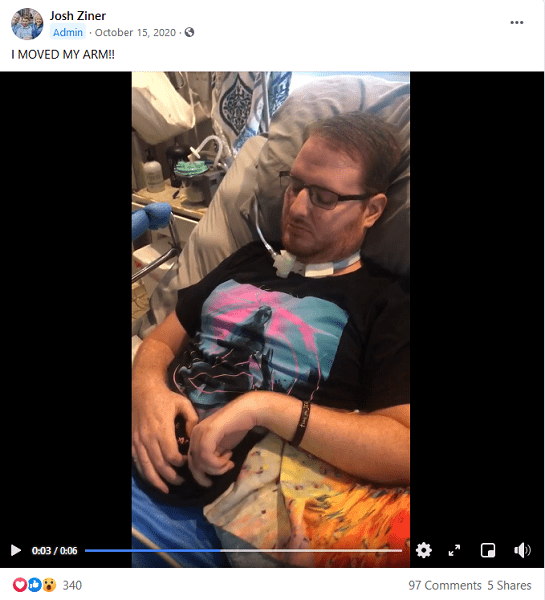 Because of generous donors and family and friends, he is engaging in therapy at the gym along with speech therapy and in-home personal training three days per week.

Josh continues to improve in strength and movement. 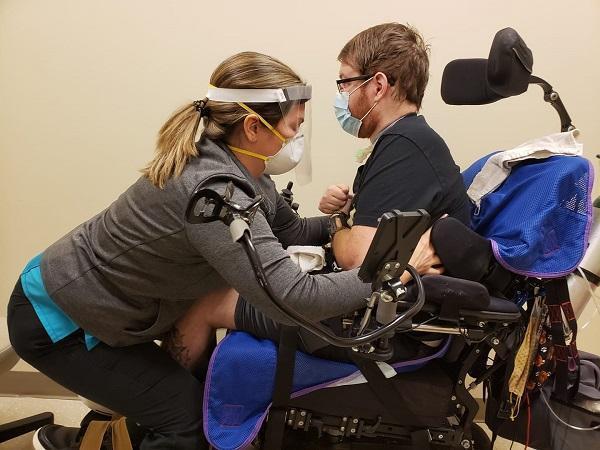 Today, most of the members of the Pray for Josh Ziner Facebook community are people we have never met. Over time, they have become some of our strongest supporters, both emotionally and physically.

On Josh’s birthday, he received over 100 birthday cards with beautiful messages from faithful group members all over the country. Members’ children drew him pictures and wrote him stories. Josh loves crazy socks and often wears them in his photos, so group members surprise him sometimes with new socks. A chiropractor who read about his story donates his time every week to help Josh stay healthy. 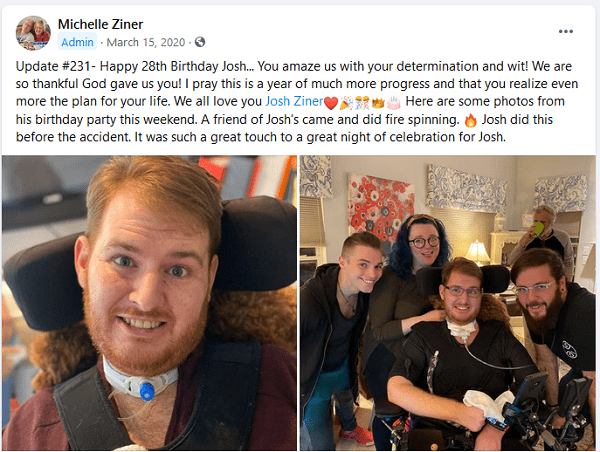 When Josh got his service dog, hundreds of people rejoiced with him. If he is having a down day, he can count on the community to cheer him on. 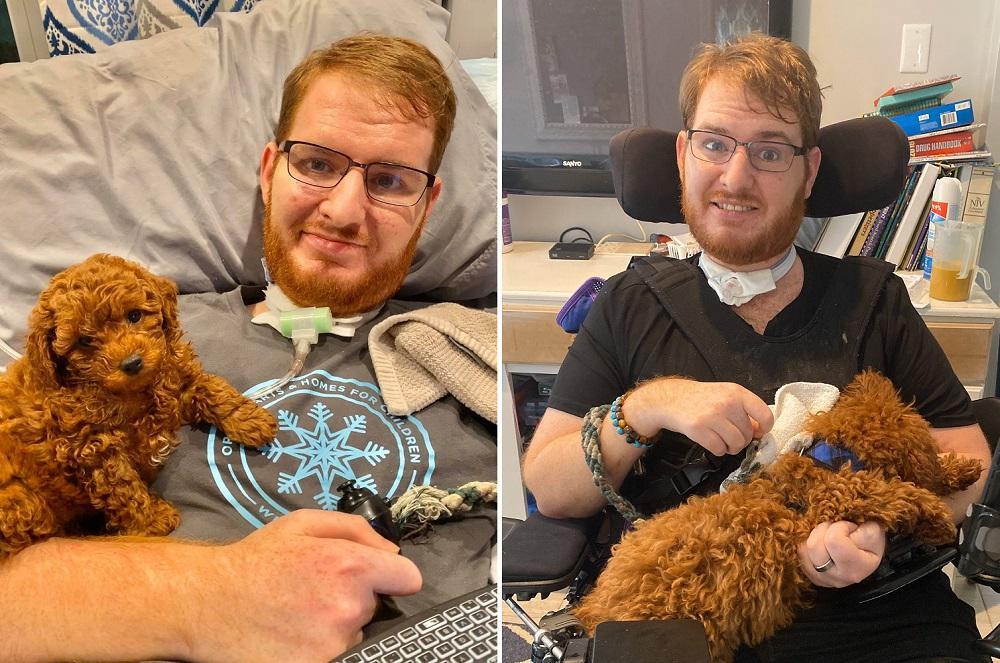 This type of community support continues to be so valuable to us. I stepped back from writing updates to allow Josh to write his own. Looking back, I do not think we could have made it through the dark times of the first year after injury without the daily, even hourly, support of this group.

I believe that we were created for community and need it to survive.

I encourage anyone who is in a difficult situation to put it out there and find community. Join others in their situations, and allow them to join you in yours. That is where you find strength. 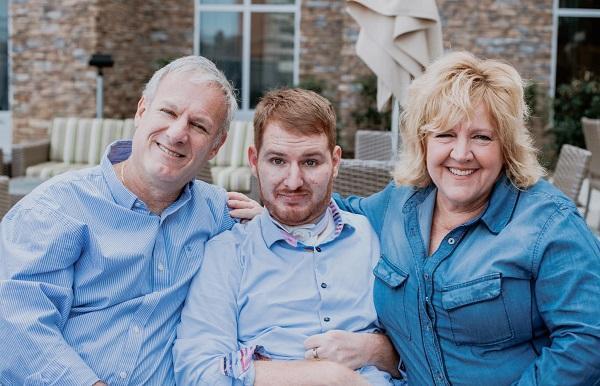 If you’d like to experience Josh’s story from the beginning, you can access first-year photos and updates on the Pray for Josh Ziner Facebook group. Make a donation or post a Guestbook message of support on Josh’s Campaign Page.

Do you know someone who needs help mobilizing their own community of support? Submit a campaign request on behalf of someone you care about or yourself at: https://helphopelive.org/get-started/apply/